I posted this knife a little while back: 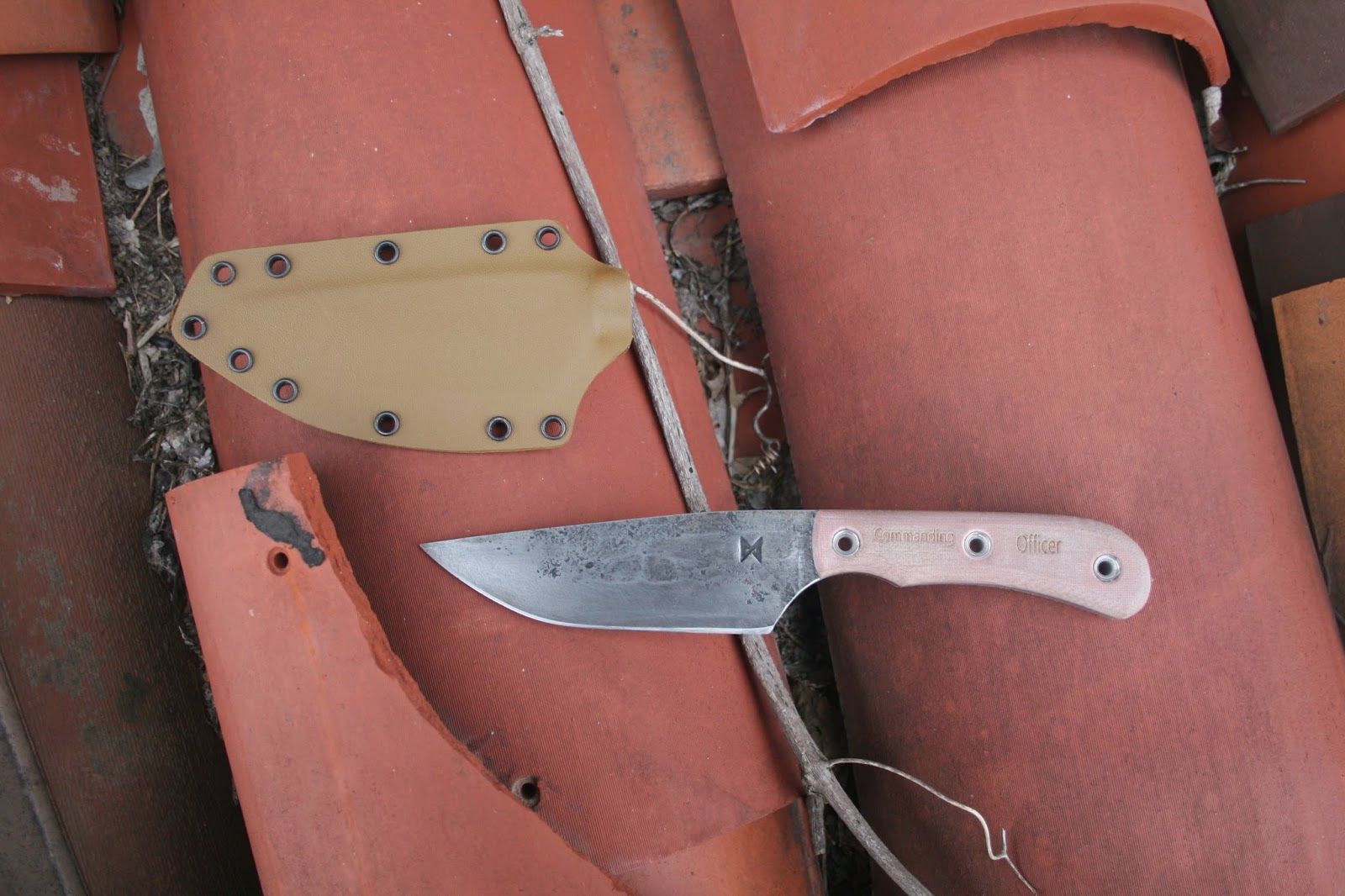 It was actually forged after this one: 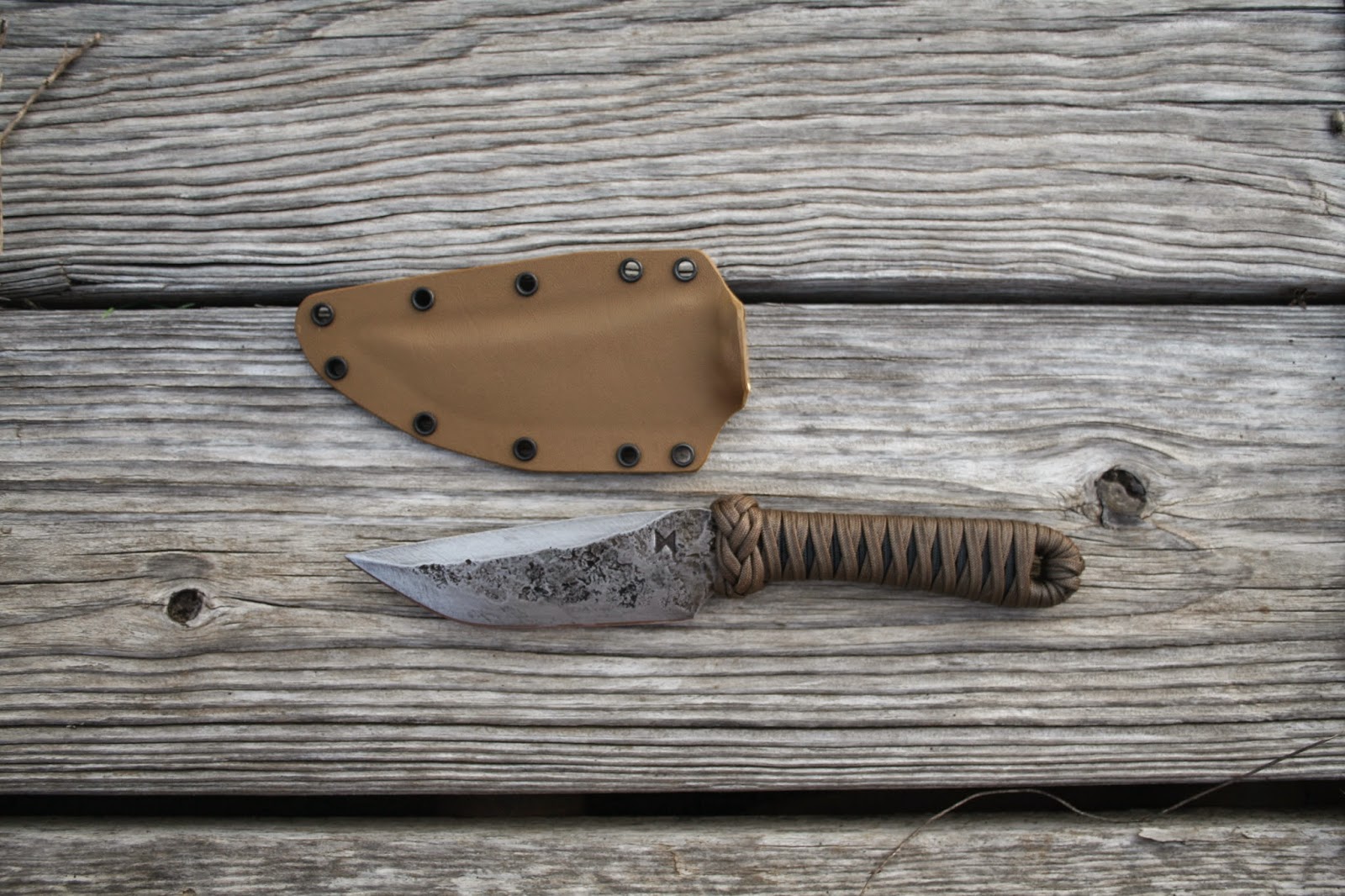 The customer who got the slab-handled one liked the blade shape of the cord-wrapped one, but decided his commanding officer (for whom he was buying the knife) would rather have the slab handle, and without the false edge to make it a little less aggressive-looking.

I finished up the cord-wrapped one (5 1/4" blade forged from 80CrV2), and it ended up being bought by a tac medic here in Texas.  I had to ask what that entailed, and apparently they get called in when there is some kind of SWAT event or other "shots fired" situations.

Per his request I added a Combat Loop (similar to a TekLok, different latching mechanism) for scout carry. 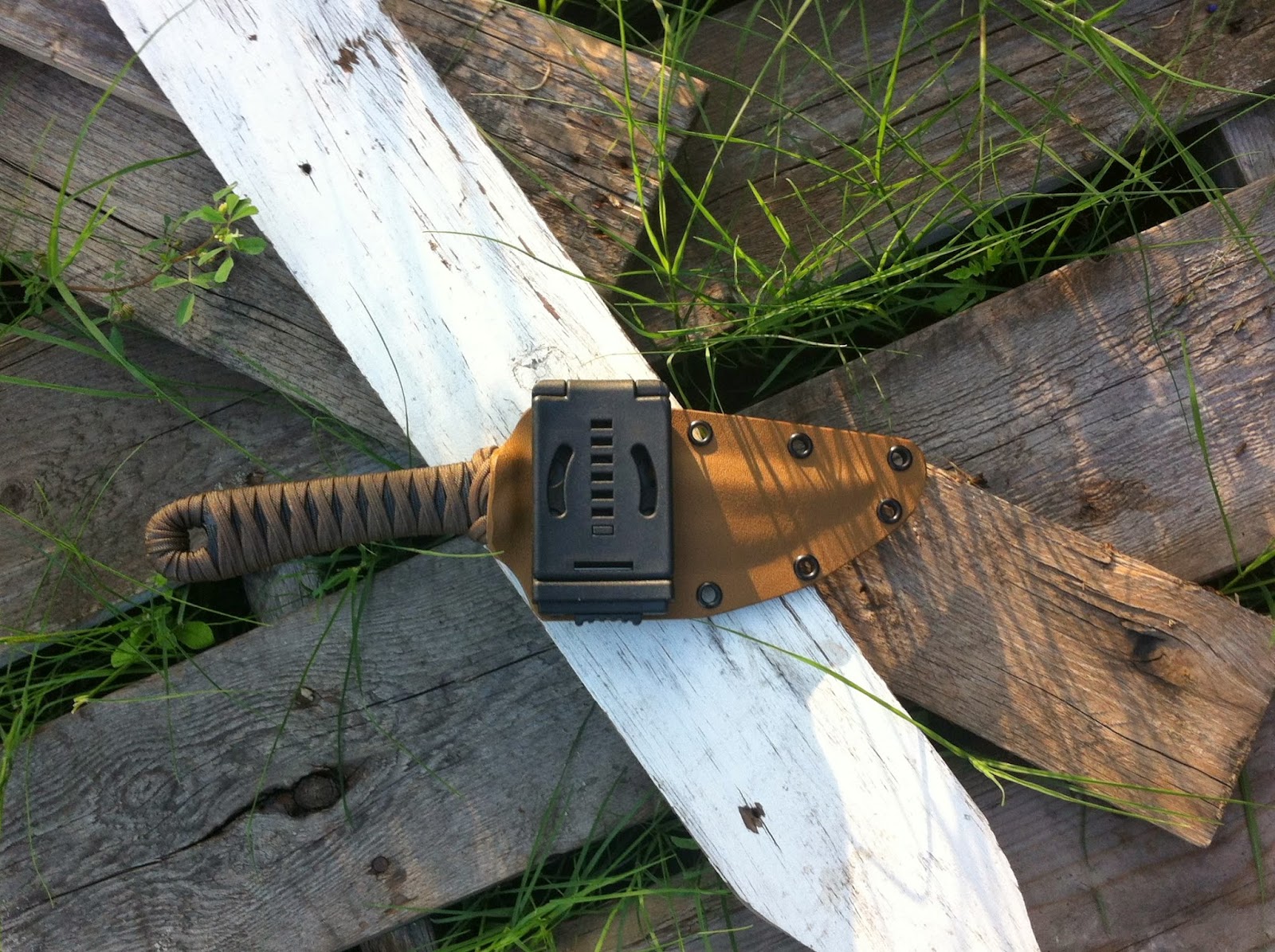 He plans on carrying it as his EDC, and added his RATs tourniquet to the sheath.  I love Kydex.  :) 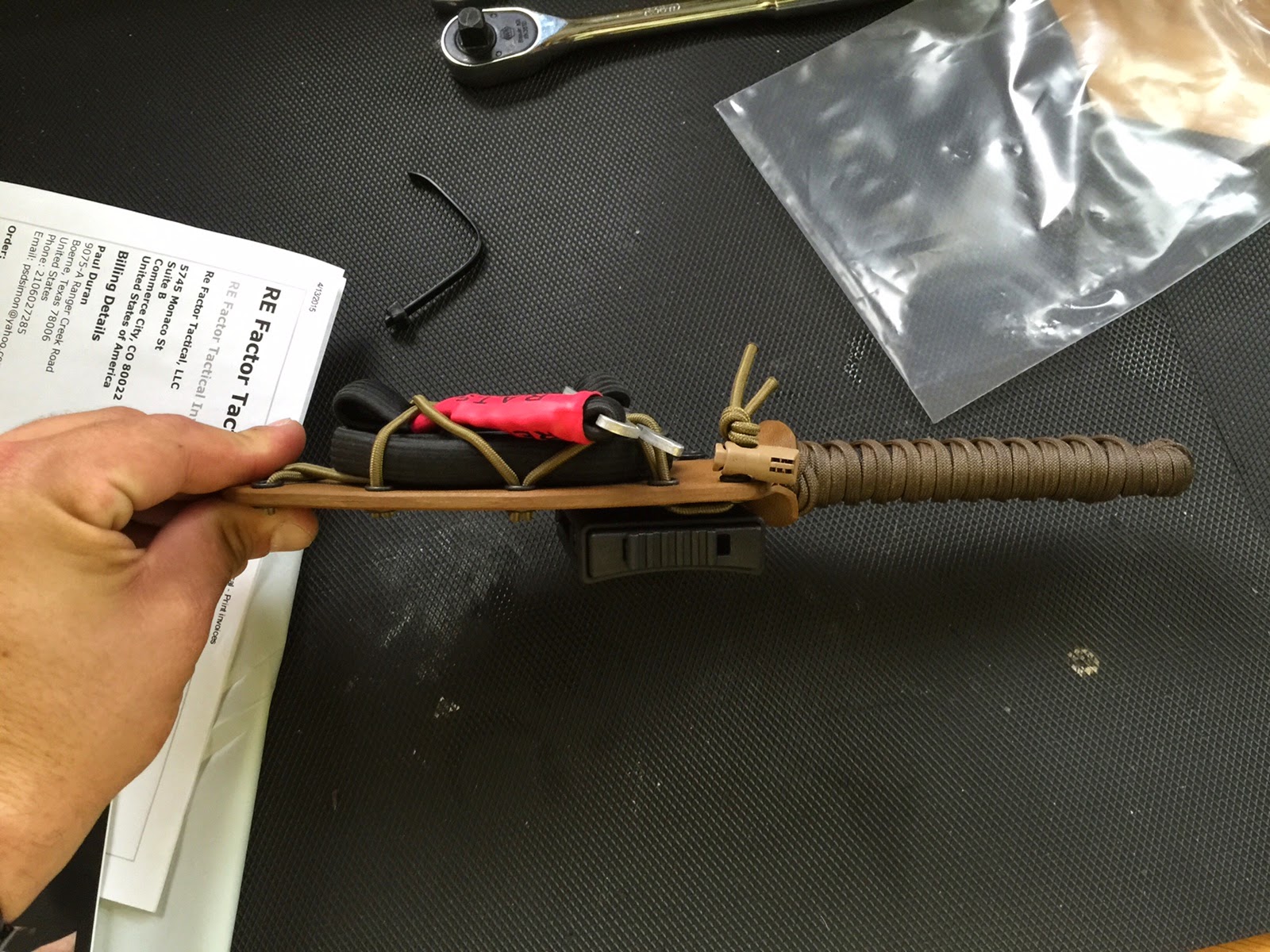 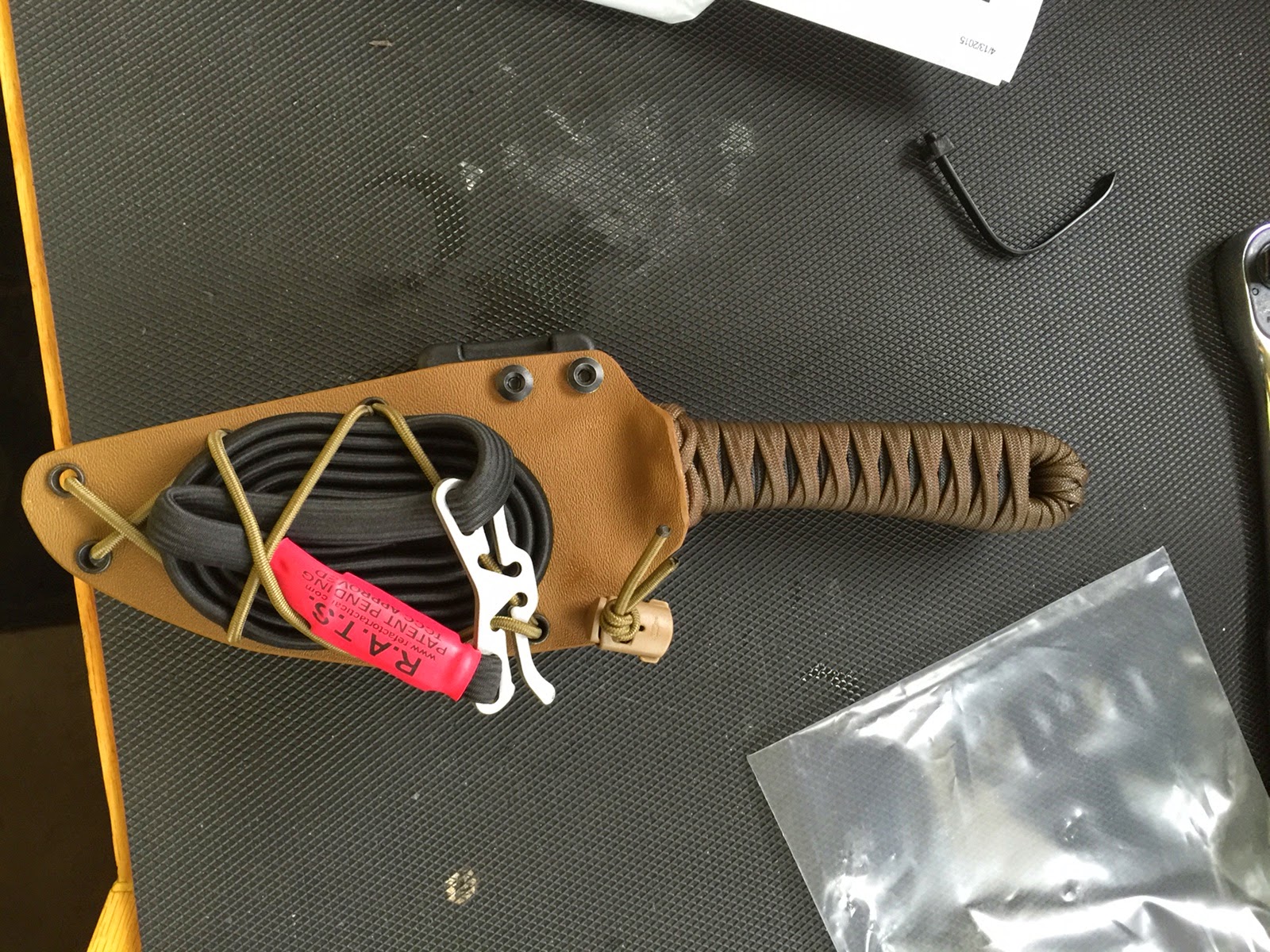 Posted by Helm Enterprises, Forging Division at 10:24 PM No comments:

Oh yeah, if you are in the area, I will be hosting the April meeting of Balcones Forge, the San Antonio/Austin area blacksmithing group.  My plan, such as it is, is to focus on simple heat treatment of simple steels for simple minds.  I'd love to have you come by if you can make it! 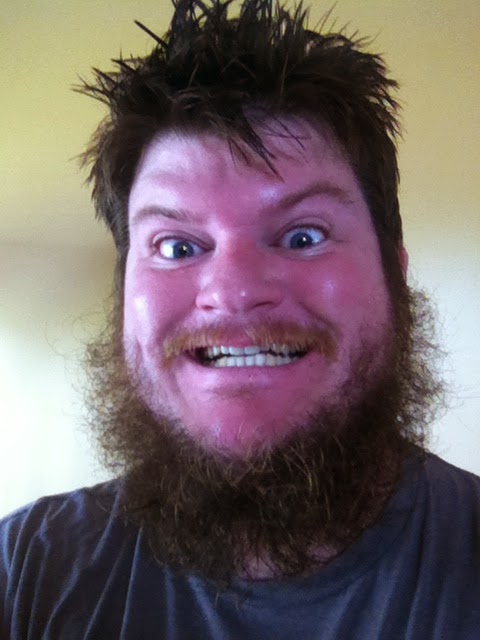 In short form, I am turning several of my forged designs, plus some all-new ones, into mid-tech stock removal knives.  For several reasons that I'll go into later, but primarily so that I can get more knives out the door to customers without compromising quality.

New and exciting bladed things upcoming!  Keep tabs on it.

Posted by Helm Enterprises, Forging Division at 10:40 PM No comments:

SWAT wakizashi, and knives for USMC and Army SF

These are some pieces that got finished up and delivered in March, in amongst working on tomahawks and such.  As I work my way down my list of commissions, military and law enforcement orders go to the top.

This Benghazi Warfighter and Little Rok pair went to a Marine.  The Benghazi is for work, and the Little Rok for play.  Both are forged from 80CrV2.

The Benghazi Warfighter has tan Tero Tuf for its handle. 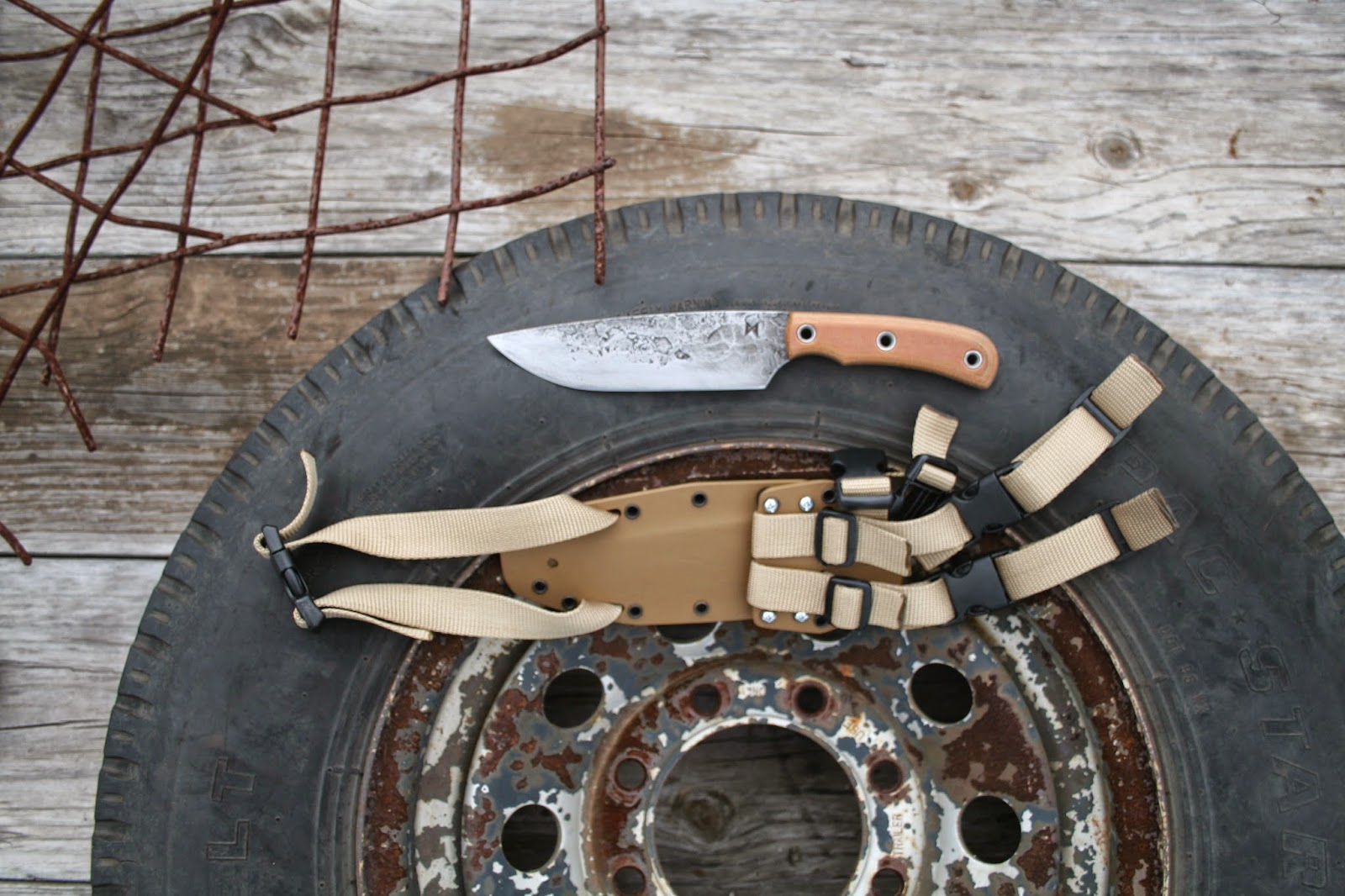 The Marine wanted to have a leg strap, adjustable-height quick-detach belt loops, and a retention strap.  This is what I came up with.  I shot some video talking about it, but need to edit it together and get it uploaded to YouTube still. 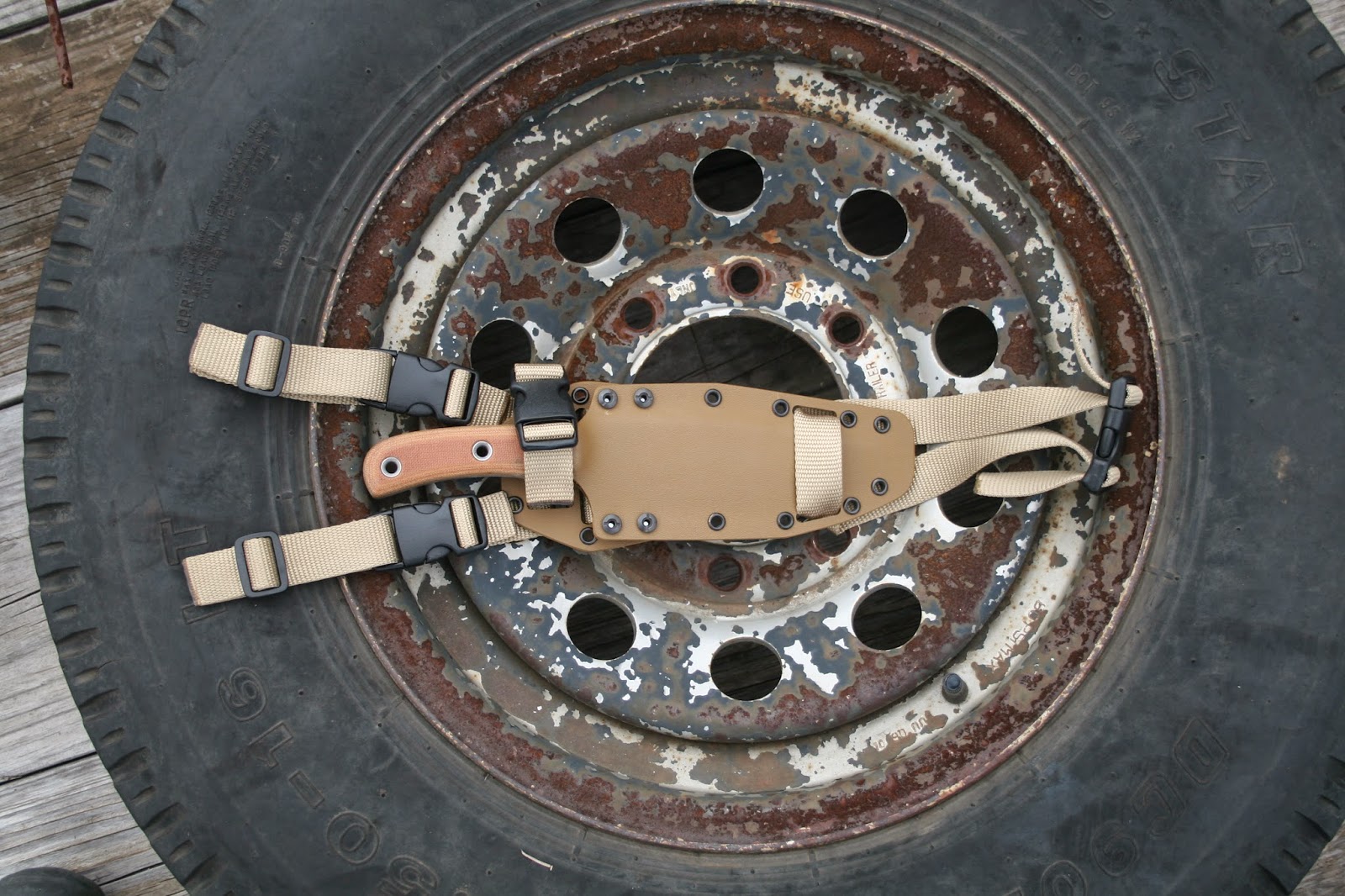 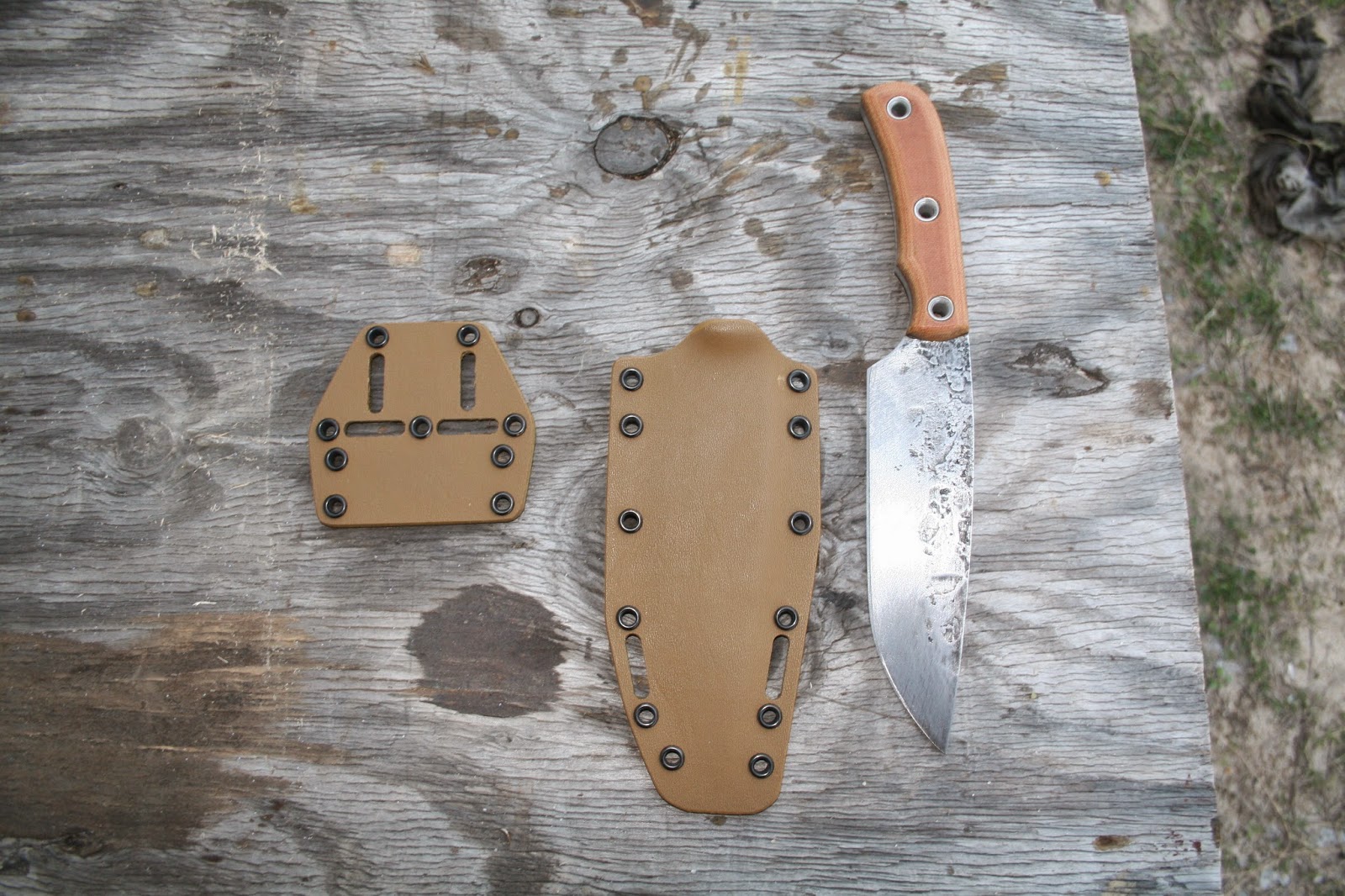 The Little Rok has walnut for its handles, and black Kydex with a TekLok. 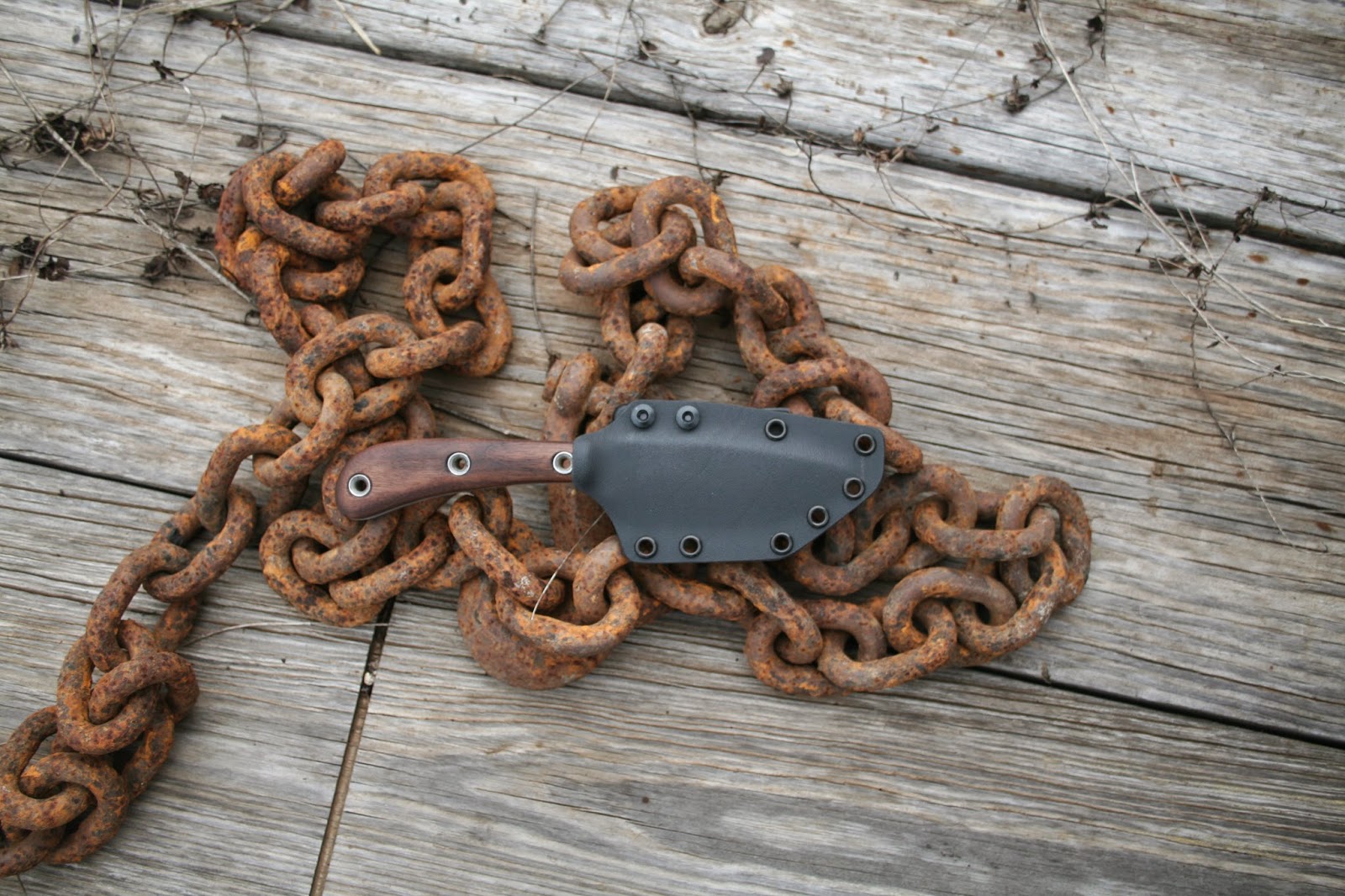 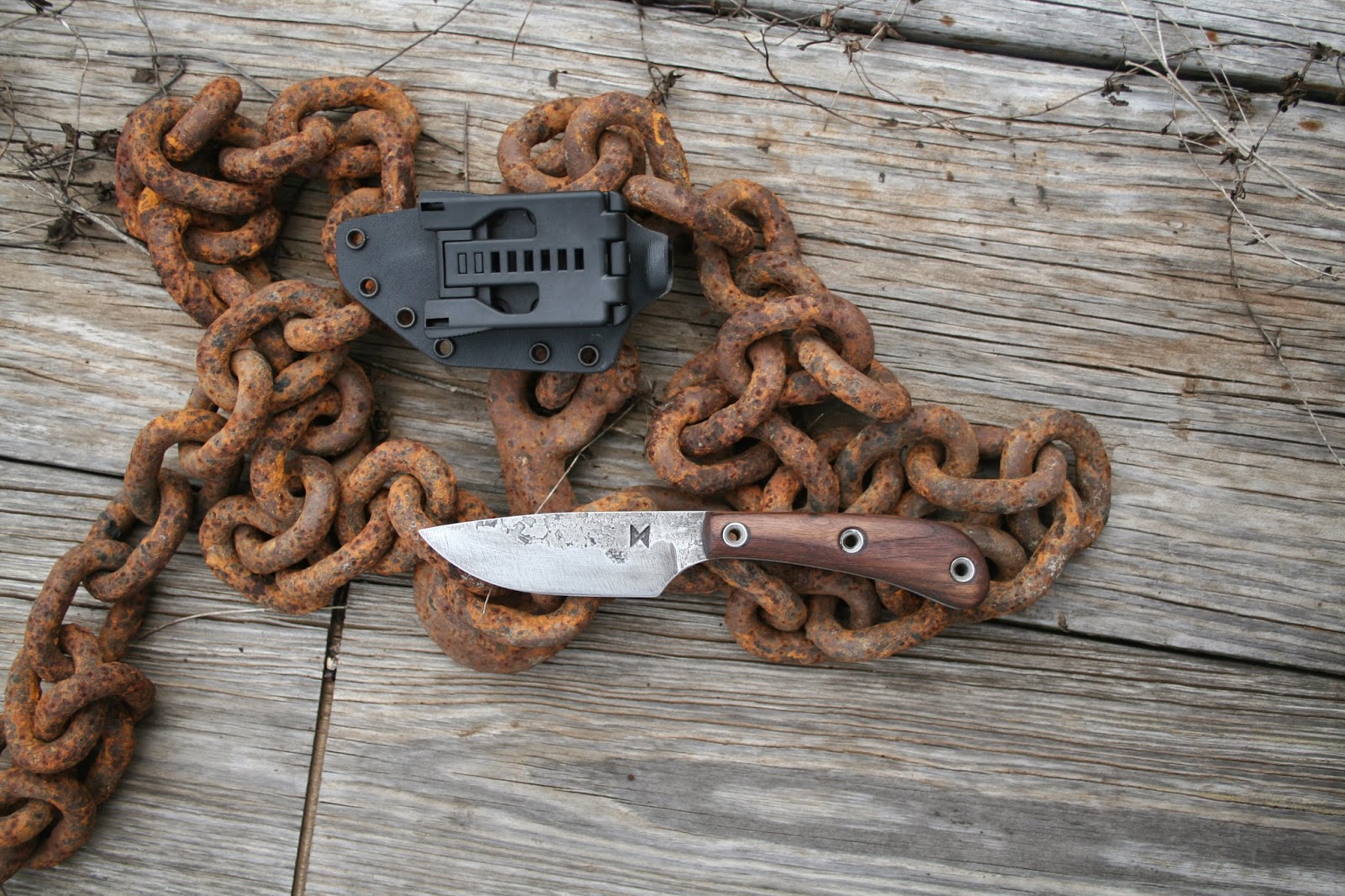 The next knife is for a soldier currently going through his Special Forces qualification course.  He wanted something for tactical and camping purposes with about a 7" blade.  So we went with a cord-wrapped Benghazi Warfighter slightly longer than usual.  Once again, 80CrV2 for the steel.

We also decided to do a black oxide finish. 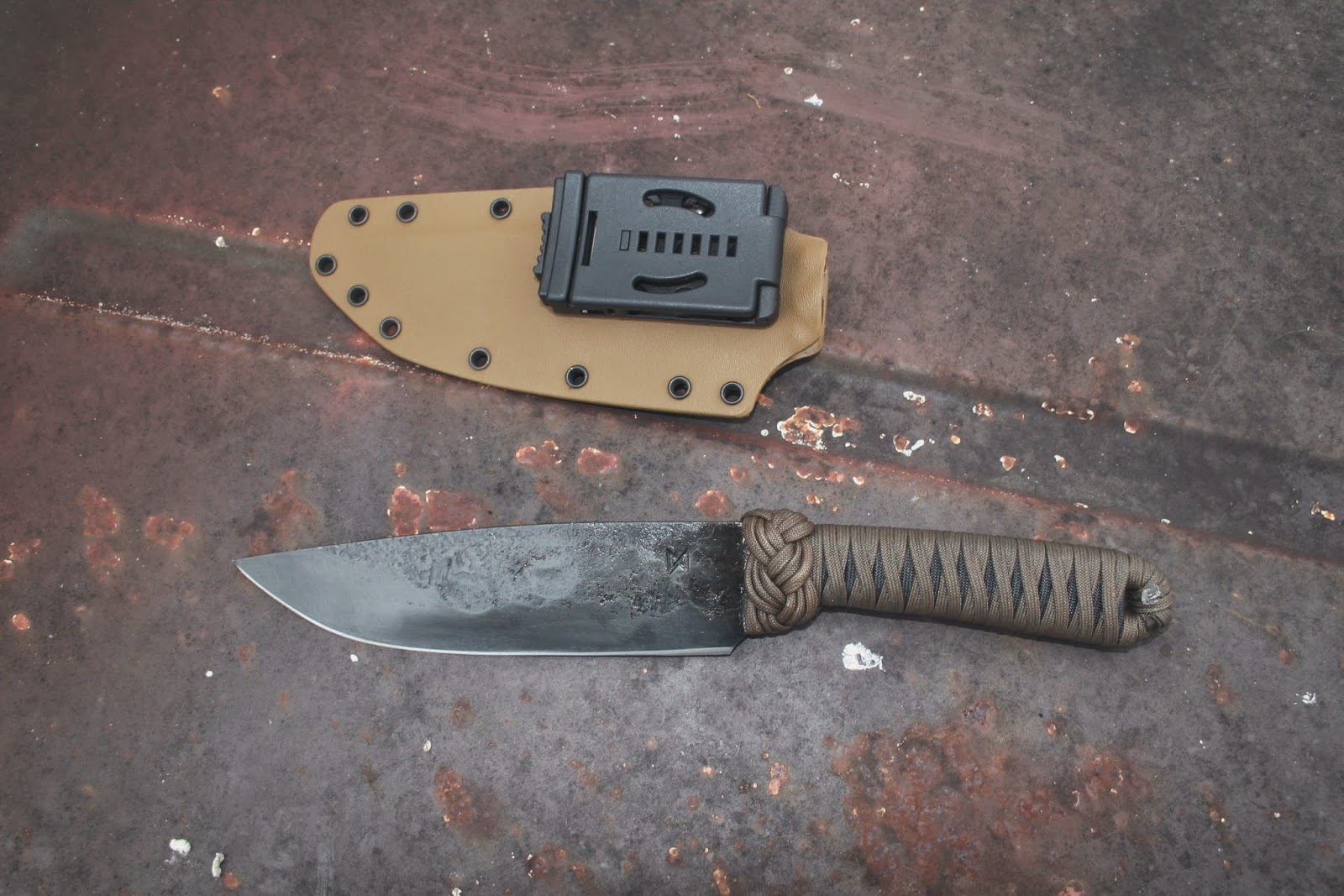 And we went with a Combat Loop on the sheath.  These are similar to TekLoks, but with a locking mechanism that I like better.  I plan on using them more, but this is the first sheath I've made to get one. 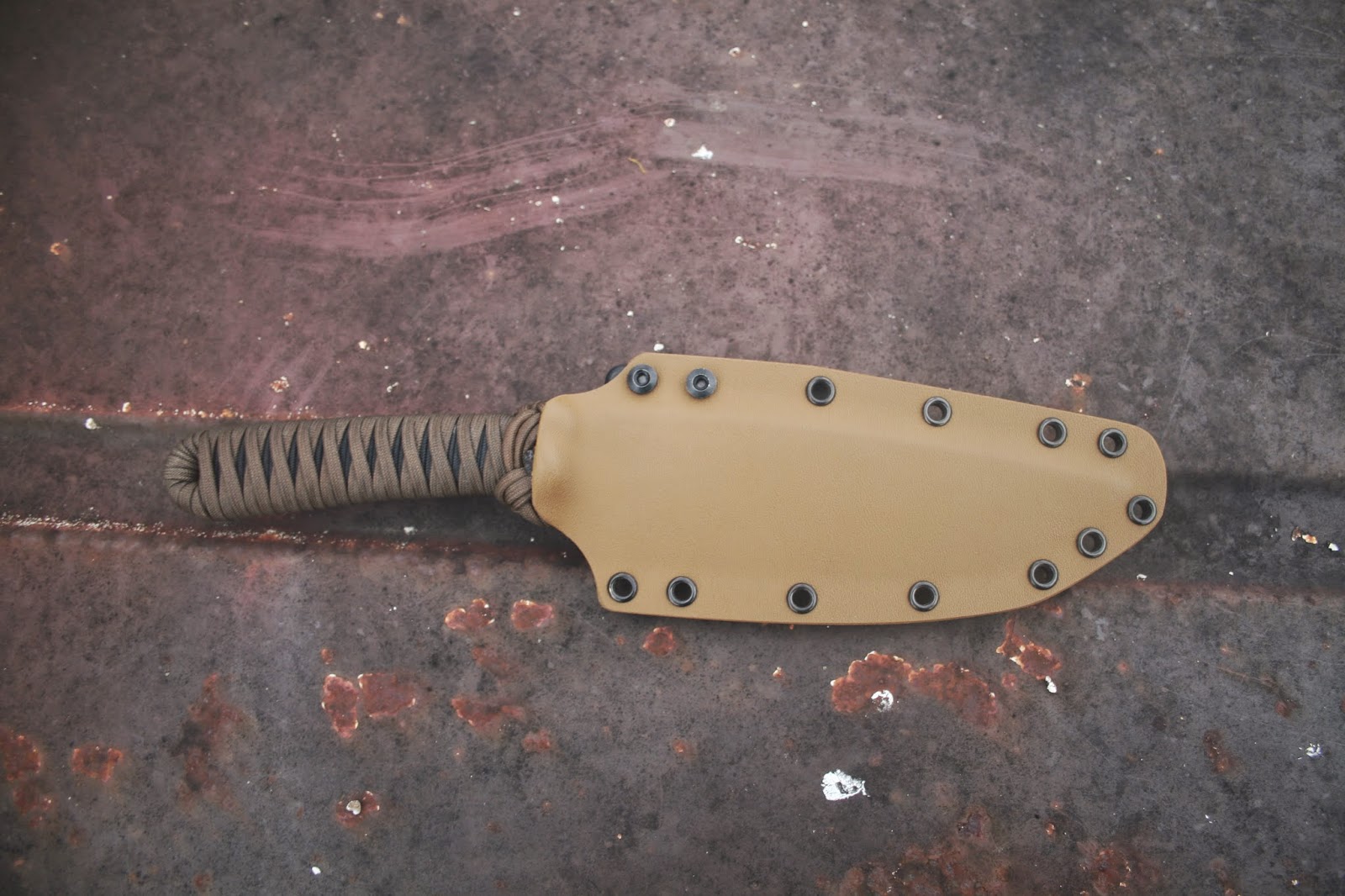 The background for these photos is the hood of a first generation International Harvester Scout.  I noticed something funny as I walked up to it. 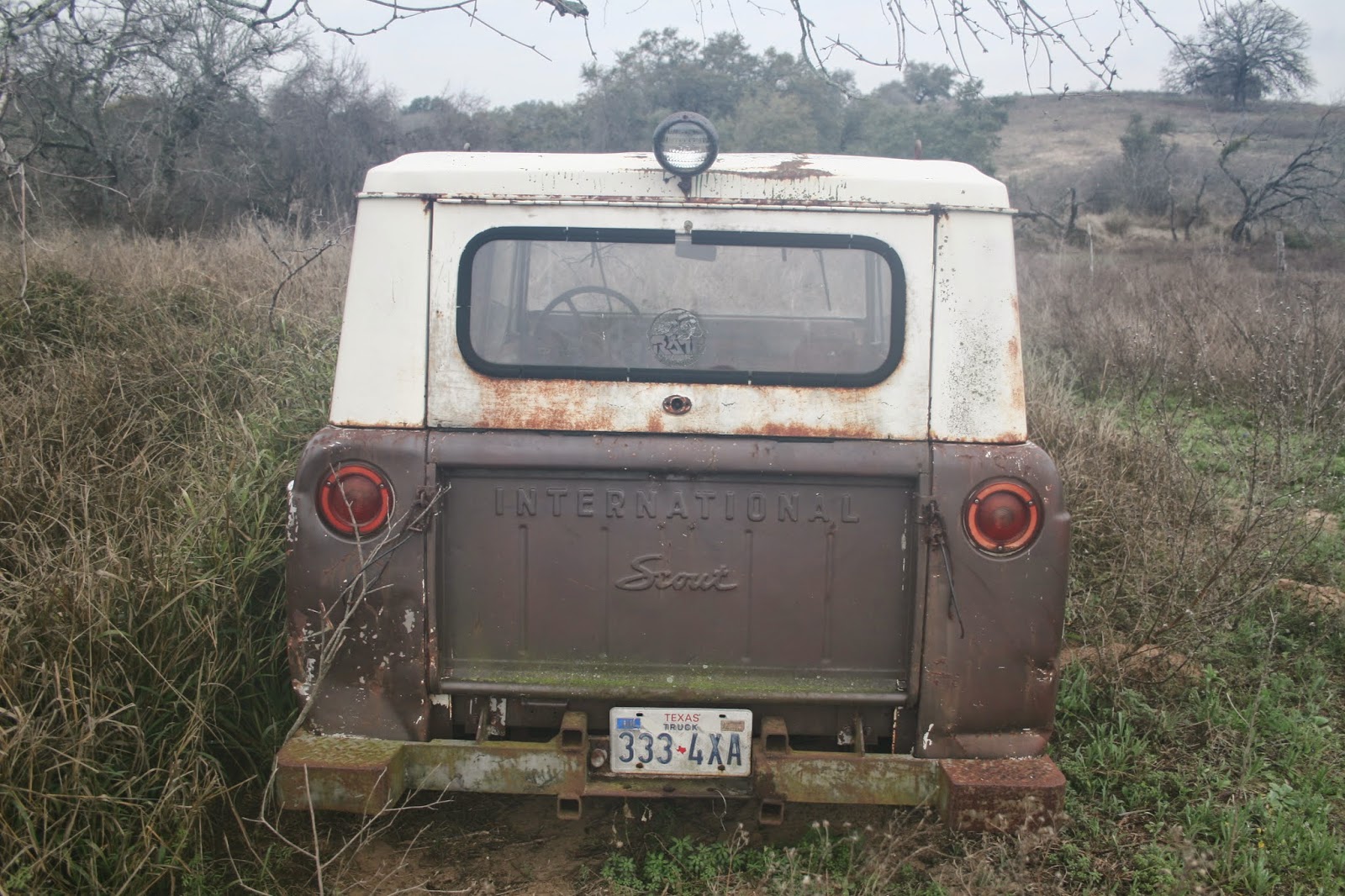 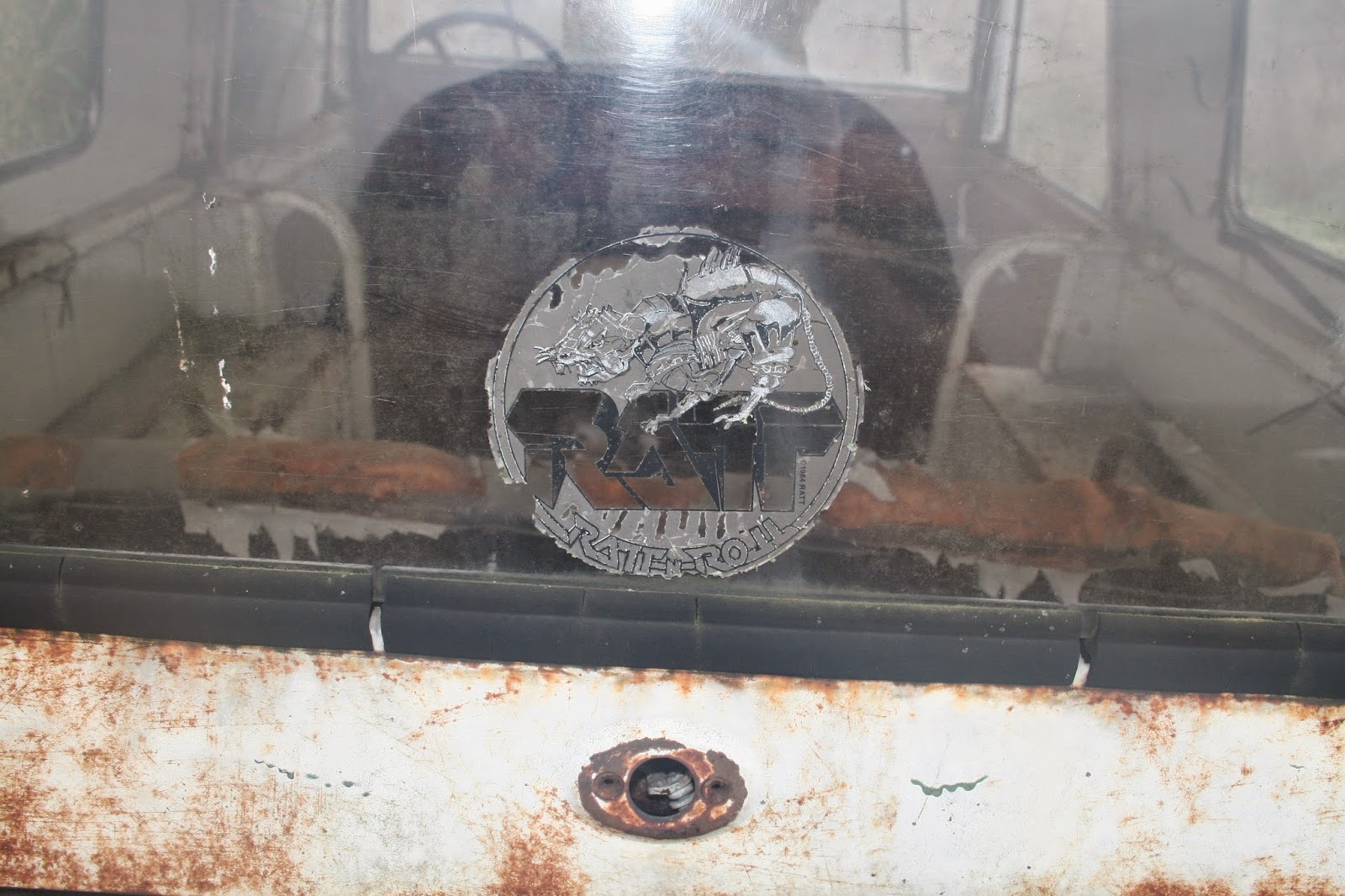 And finally, an interesting couple of blades for a sheriff's deputy who is on a reserve SWAT team.  He's been carrying a 14" bladed machete on his pack and wanted a "tanto machete" to replace it with.  I had a 14" bladed quasi-wakizashi already forged out of 5160 and sent him a picture.  He decided to go with it.  He also wanted a fairly wide-bladed 5" knife with a false edge on top for his son's graduation present, which I forged from 80CrV2. 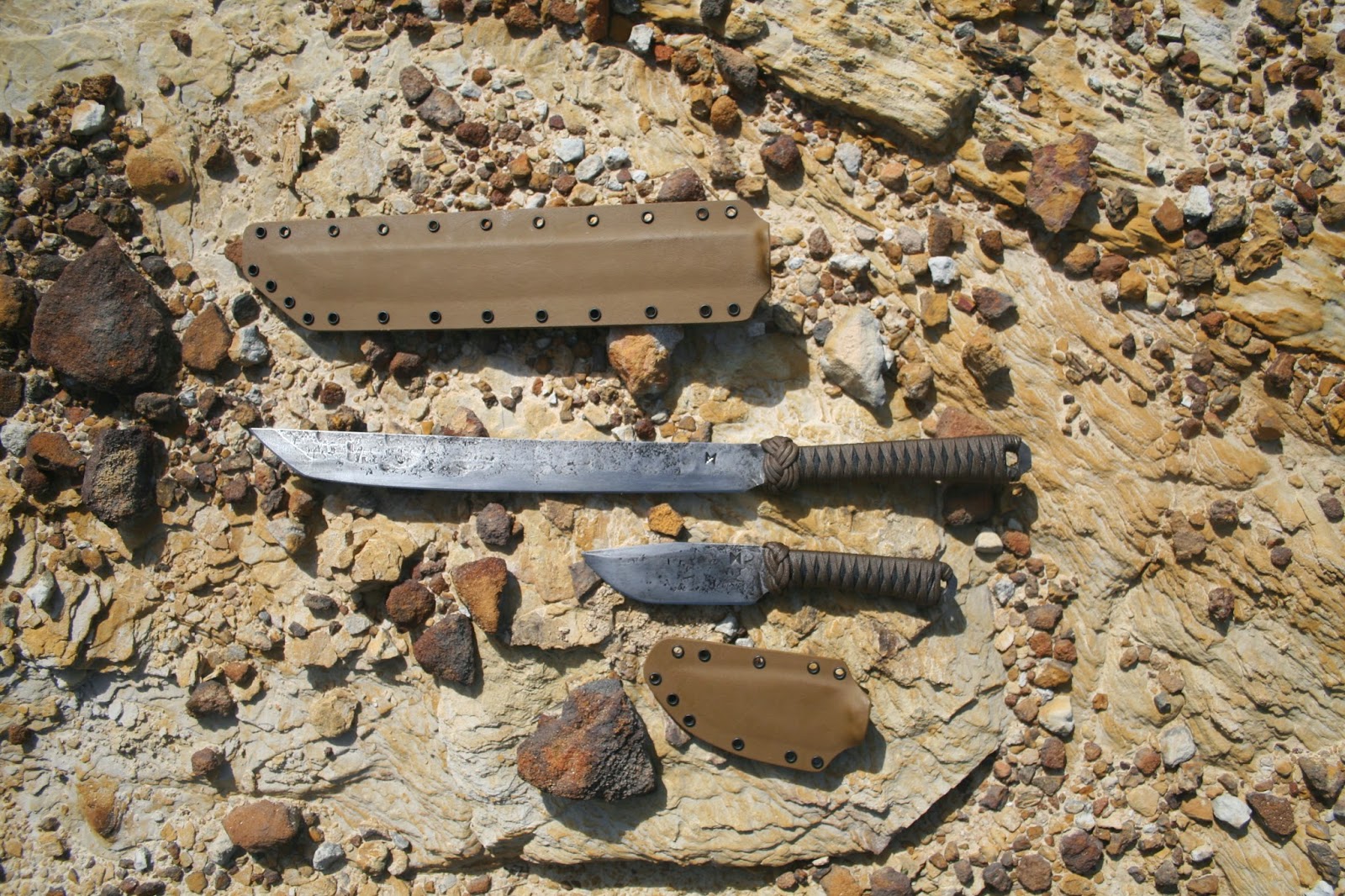 They both got matching cord wraps and Kydex, and both have coffin-shaped exposed skullcrushers.  You can see that the quasi-waki has a fairly straight blade, but the handle is angled slightly.  I've seen a few other tactical wakis take this approach and wanted to try it. 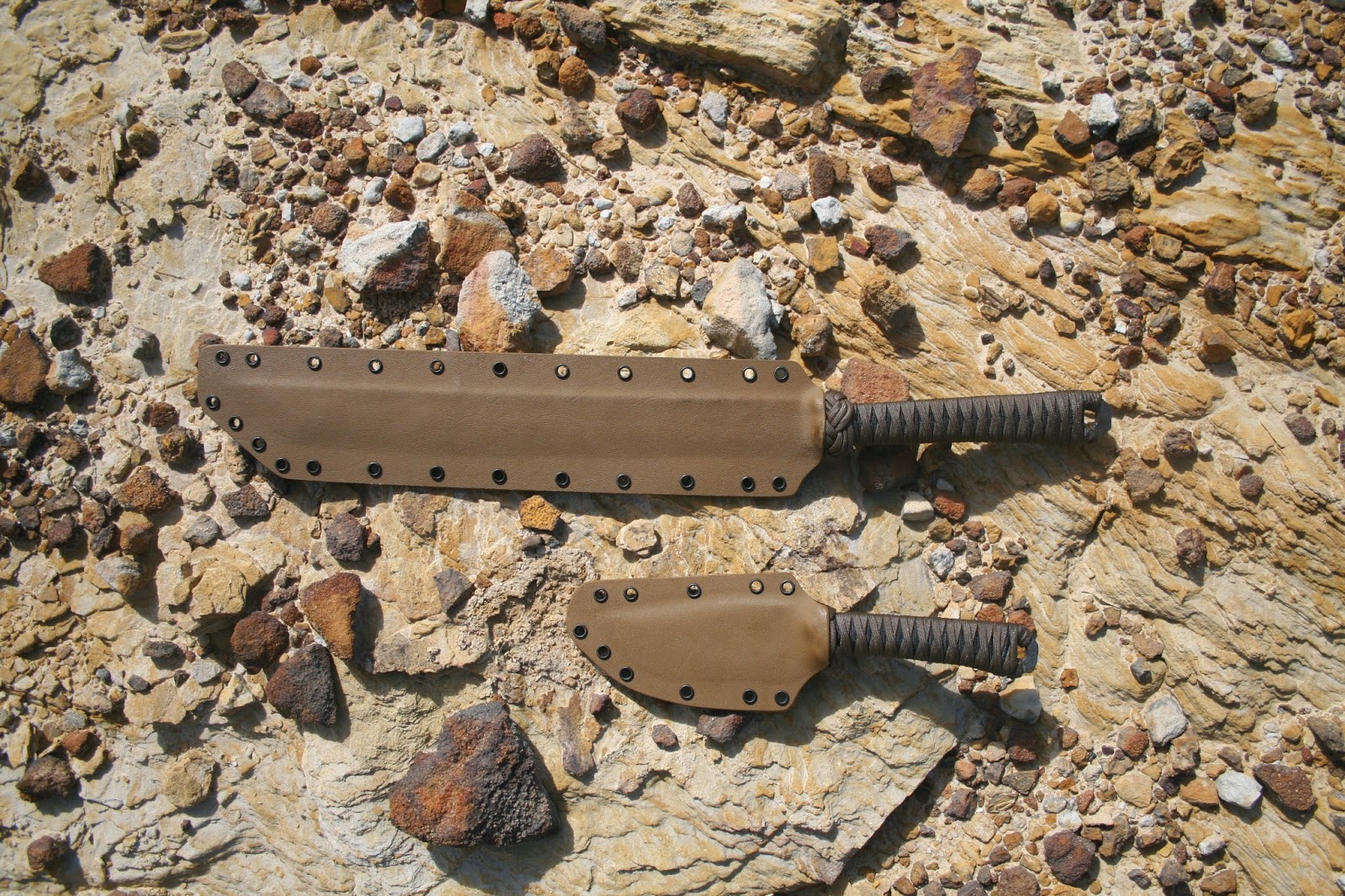 Here's a look at it in my meaty paw to give a sense of scale.  The beard is temporary; I'm reverting back to jaw-length sideburns the next time I get a haircut.  :) 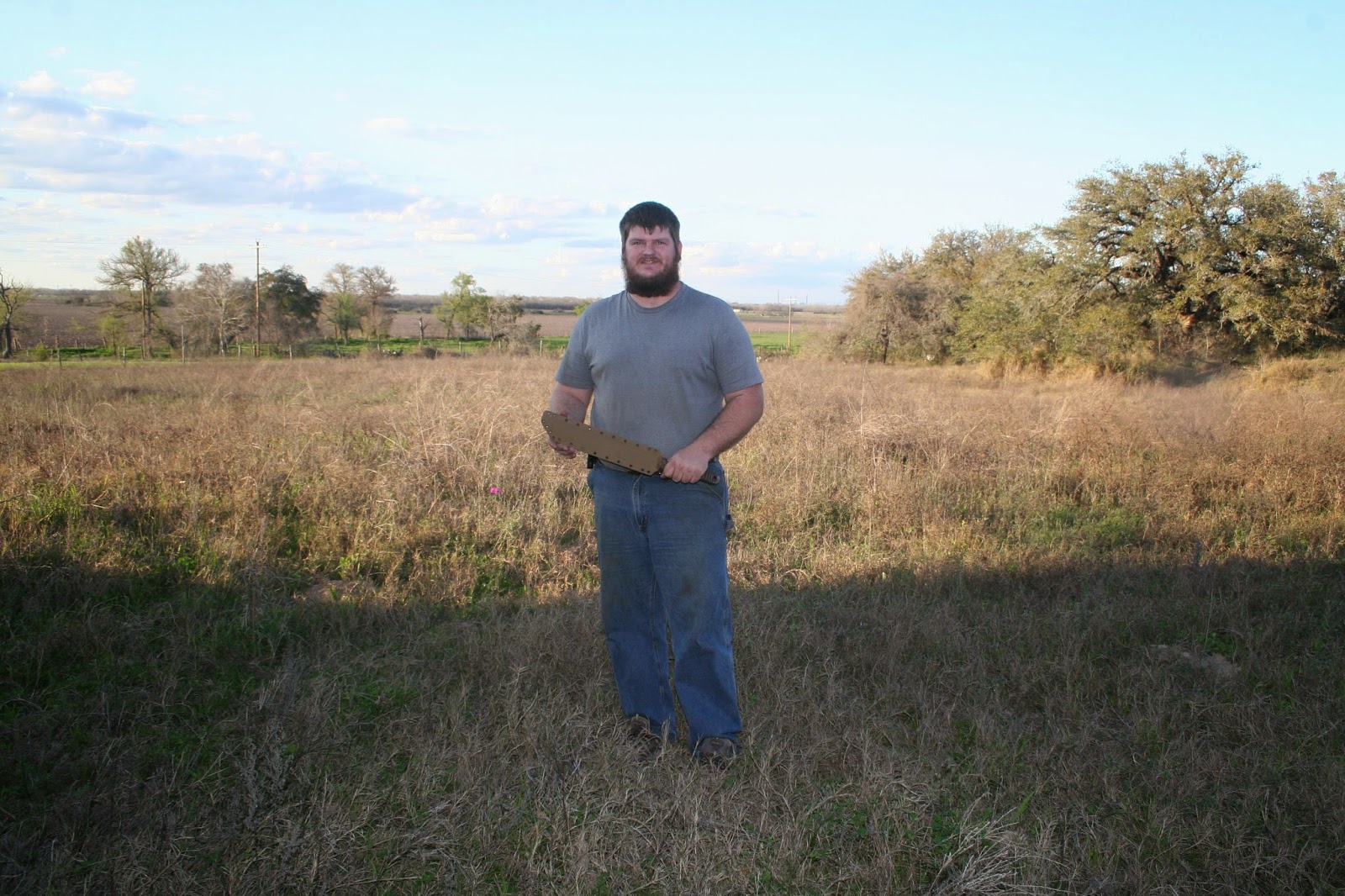 I look tired for some reason in this picture.  :( 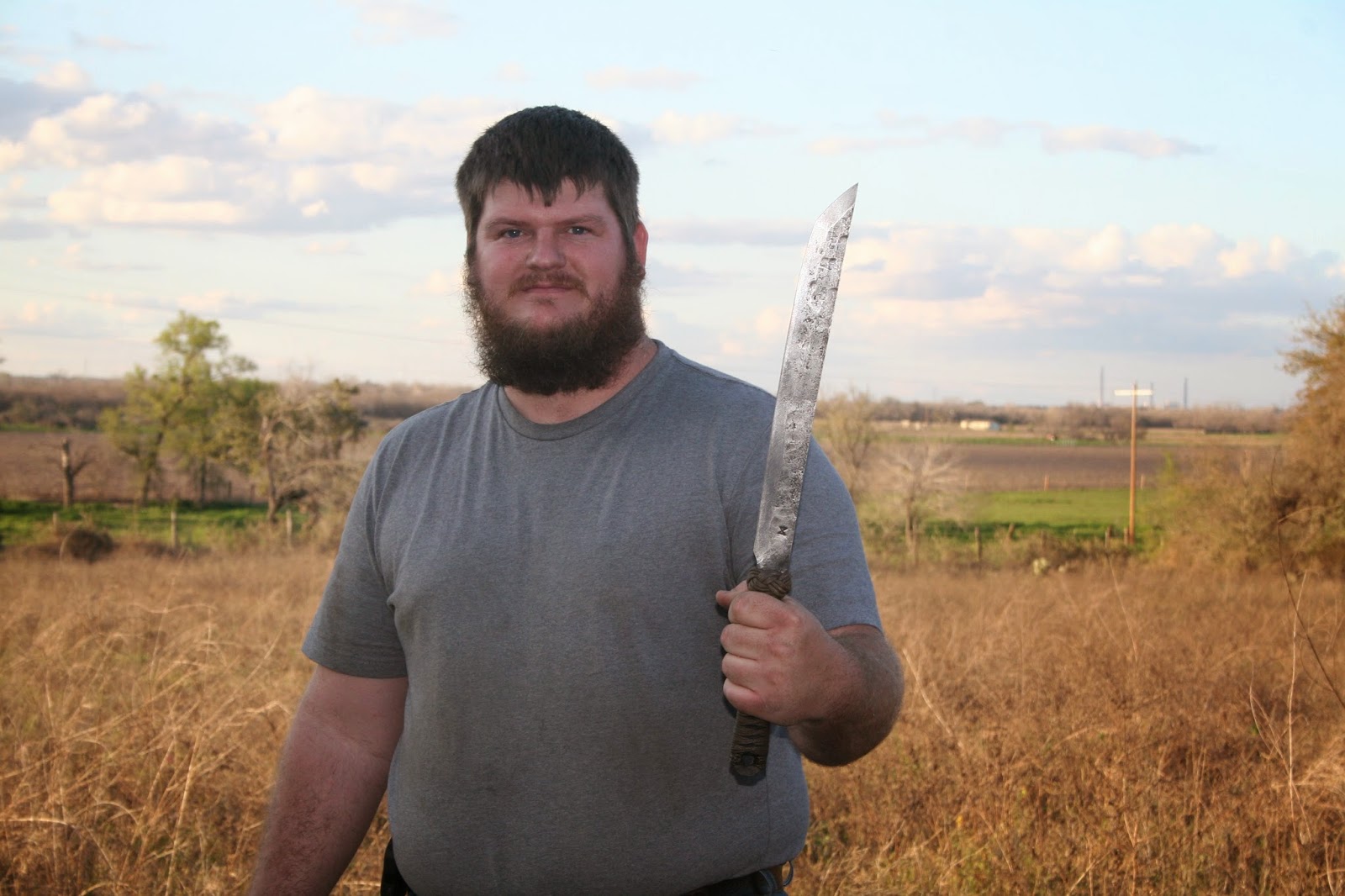 Off to the next adventure!  :)  Also, spring has sprung in south Texas, and the hills and fields are covered in a riot of wildflowers.  Here are some bluebonnets up the slope from my shop. 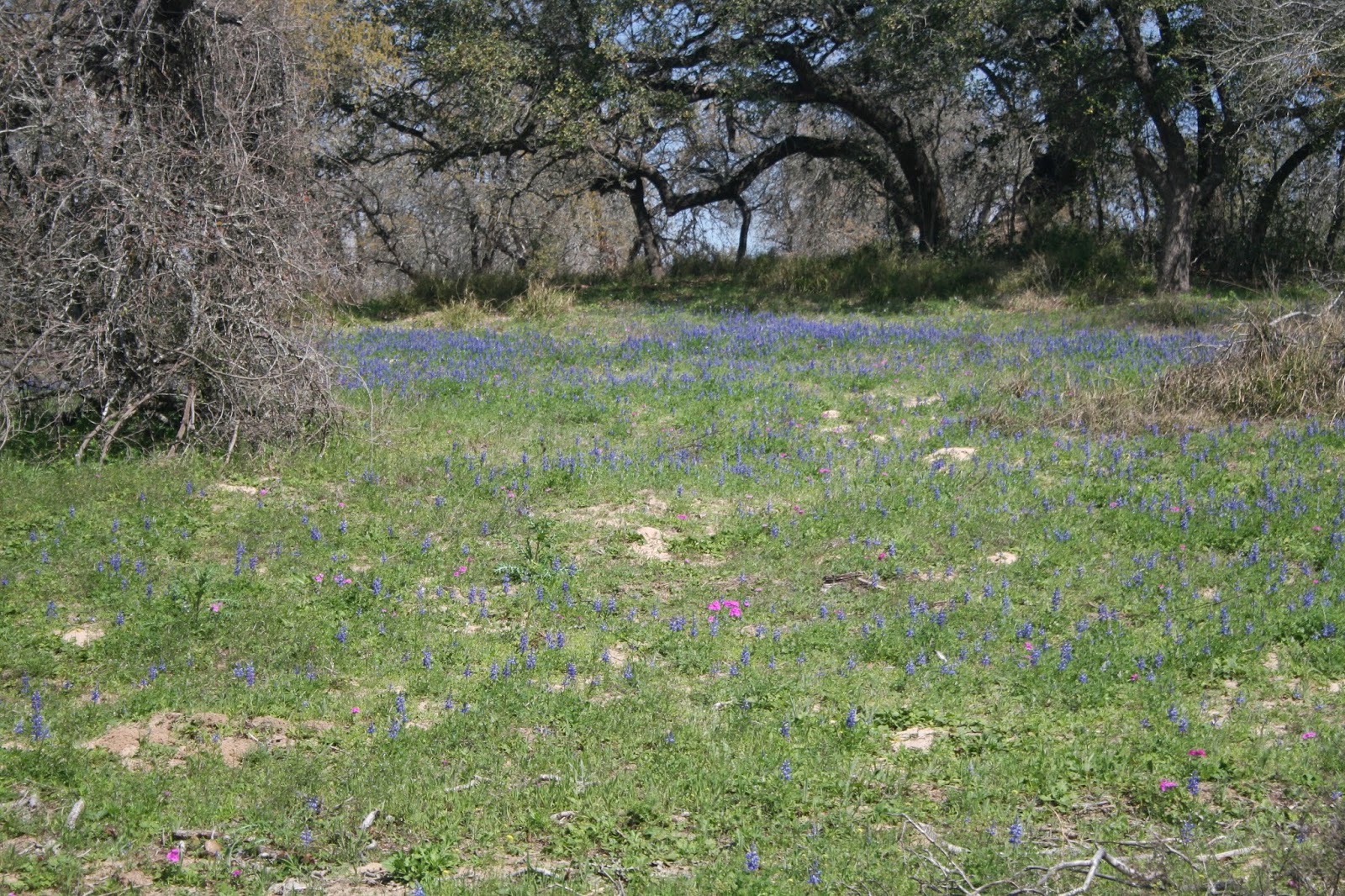