This setup was requested by a fellow in California who has served on local, state, and federal drug task forces, as well as other law enforcement positions.  He wanted a chopper to carry while locating and destroying illegal pot farms, often located in state and national parks.  The agents end up having to rappel from helicopters a lot of times, and he's even come across booby traps set up to catch them as they rope in.

So he needed something with a lot of chopping power in a short overall package, with a sheath that wasn't going to dump the blade out if he got hung up and turned upside down.  We went with a mini-parang with a blade about 10" long, forged from 5160, with olive drab paracord impregnated with marine epoxy for the wrap and an OD paracord lanyard. 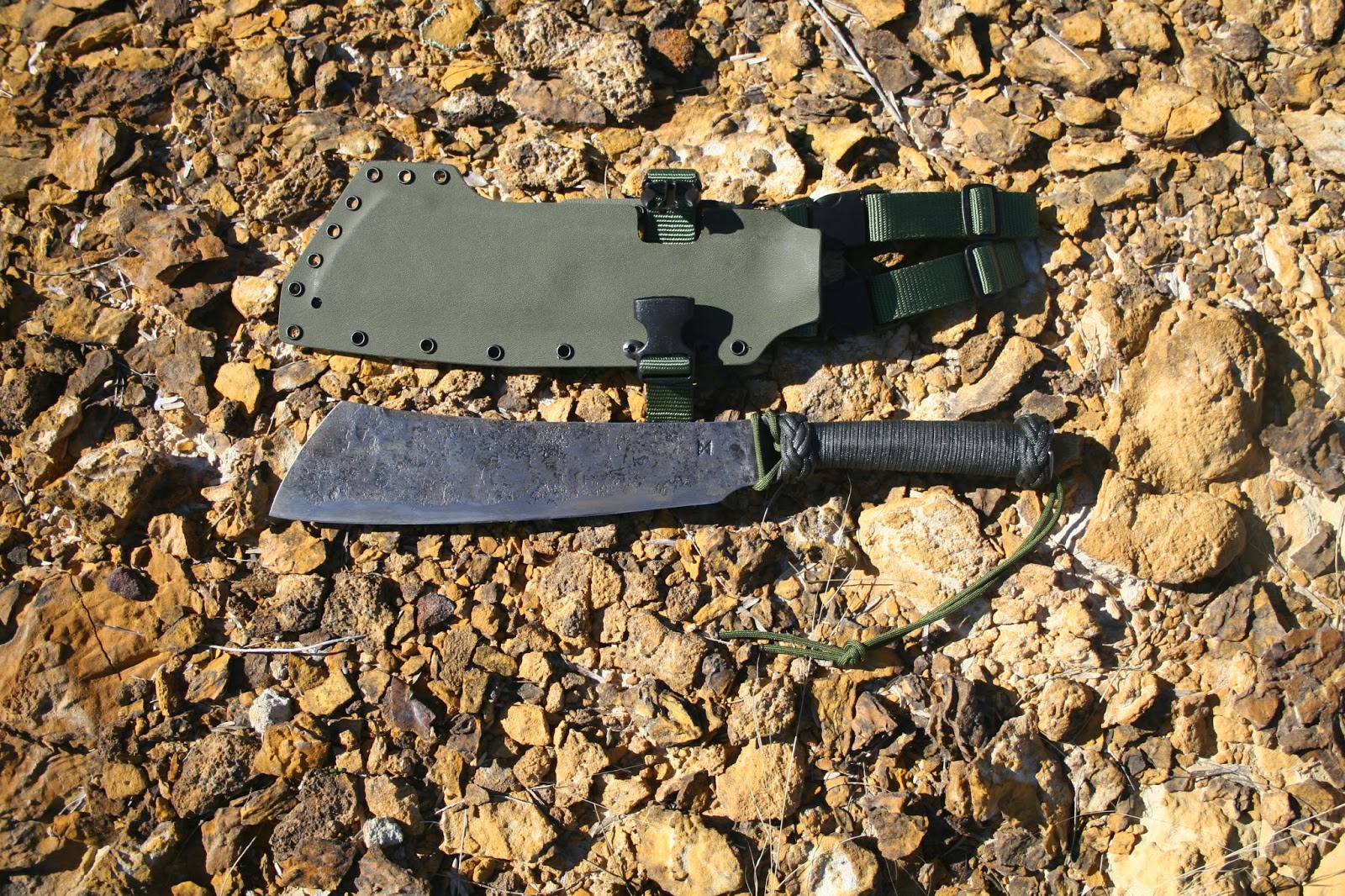 The sheath was an interesting challenge, if a bit less than the one I did for the sniper's rig a little while back, with several new things for me to try.  For one major thing, he wanted an open back and a retention strap going across.  He also wanted it to be able to be quickly detached from his belt.  And a drain hole, which weren't no big deal but was the first I'd done.  :D 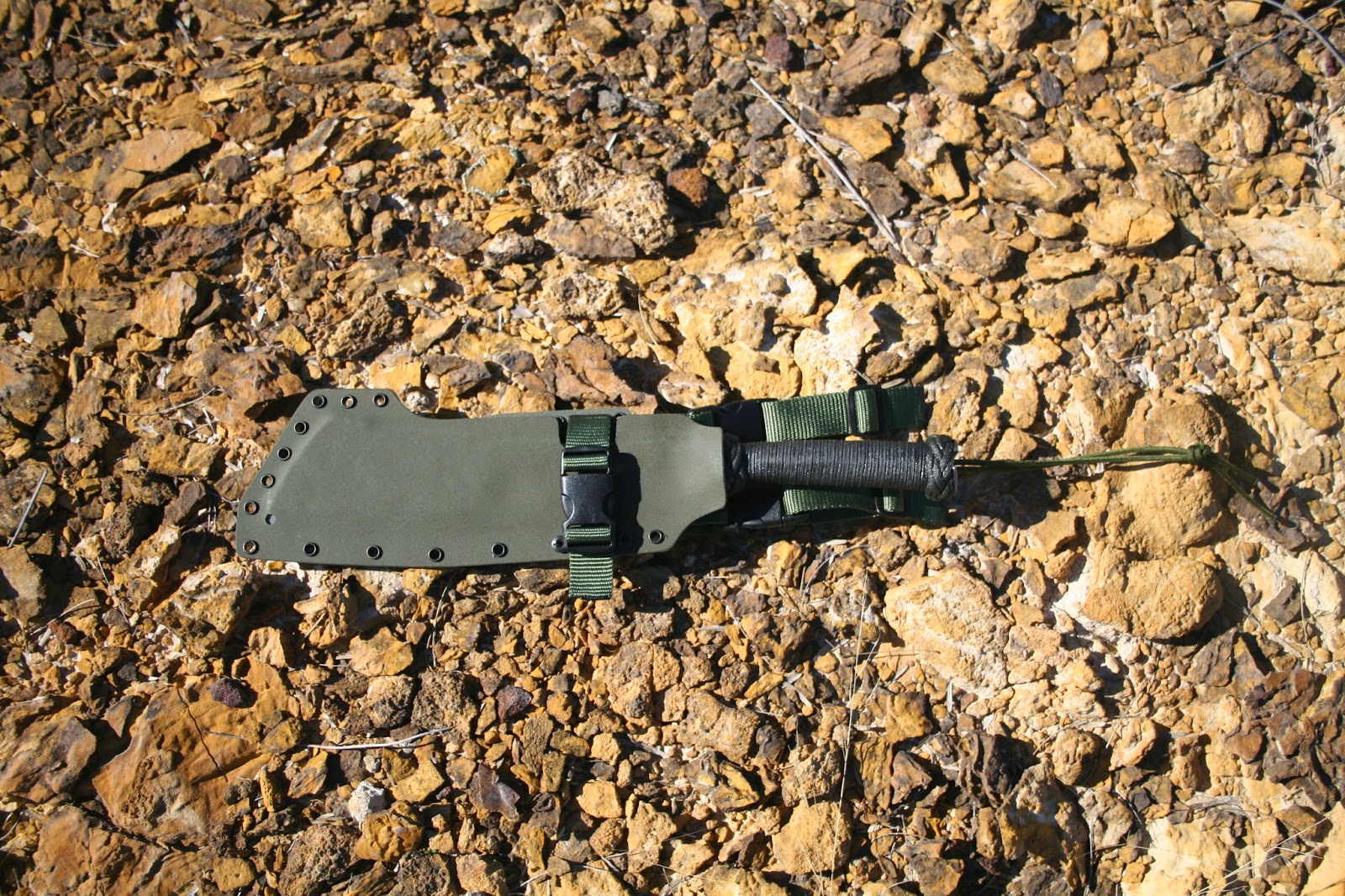 You can see that I cut a notch into the Kydex deep enough to expose the spine for the retention strap to rest against.  Since I didn't have grommets on each side of the sheath to attach carry hardware like I usually do, I built a panel with grommets and slots that attach via Chicago screws and allow the quick-detach belt loops to be balanced out so the sheath wouldn't pull to one side or the other.  There's height adjustability in each half of the belt loops, as well as with the panel itself. 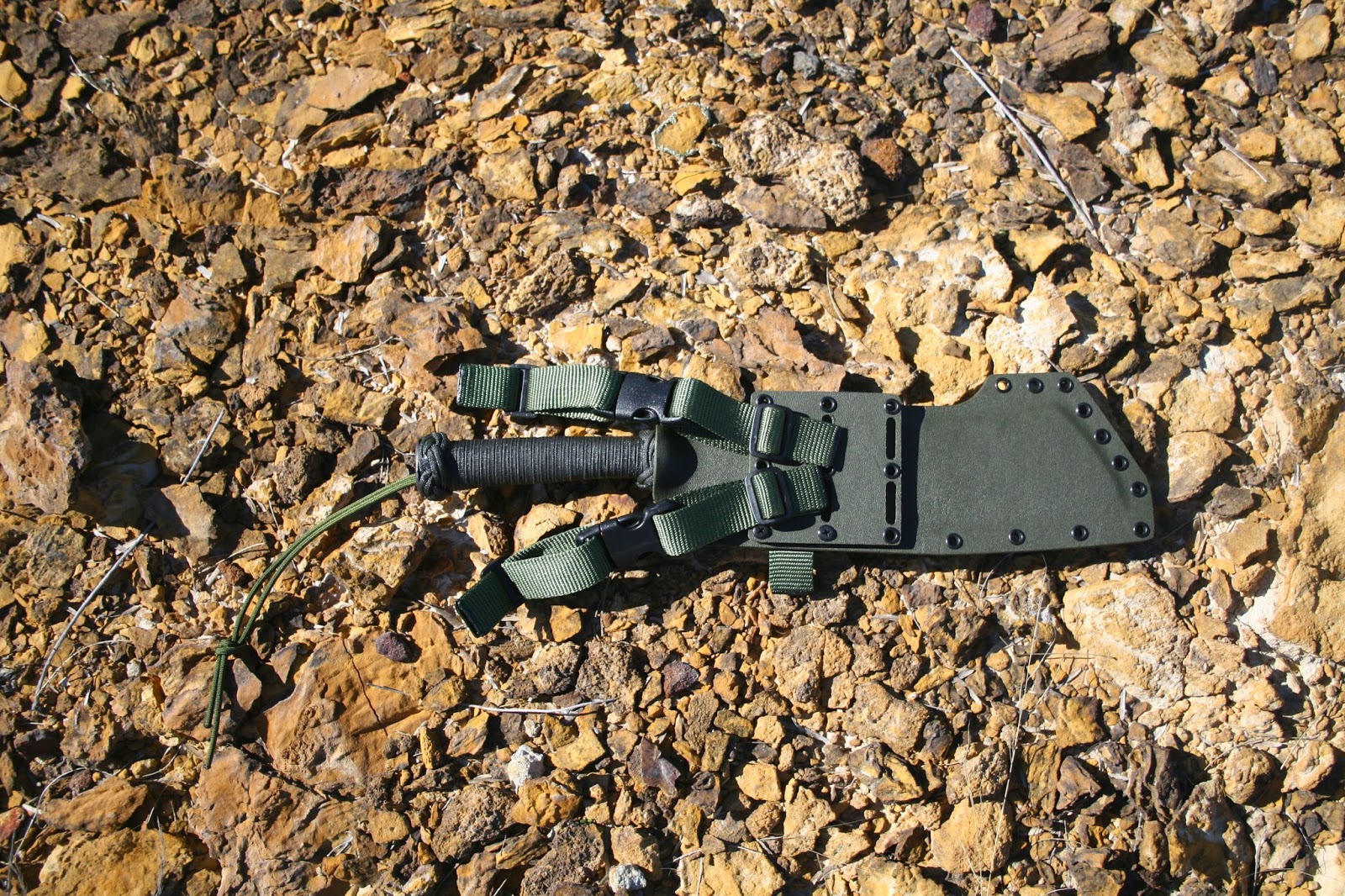 A couple of shots in hand. 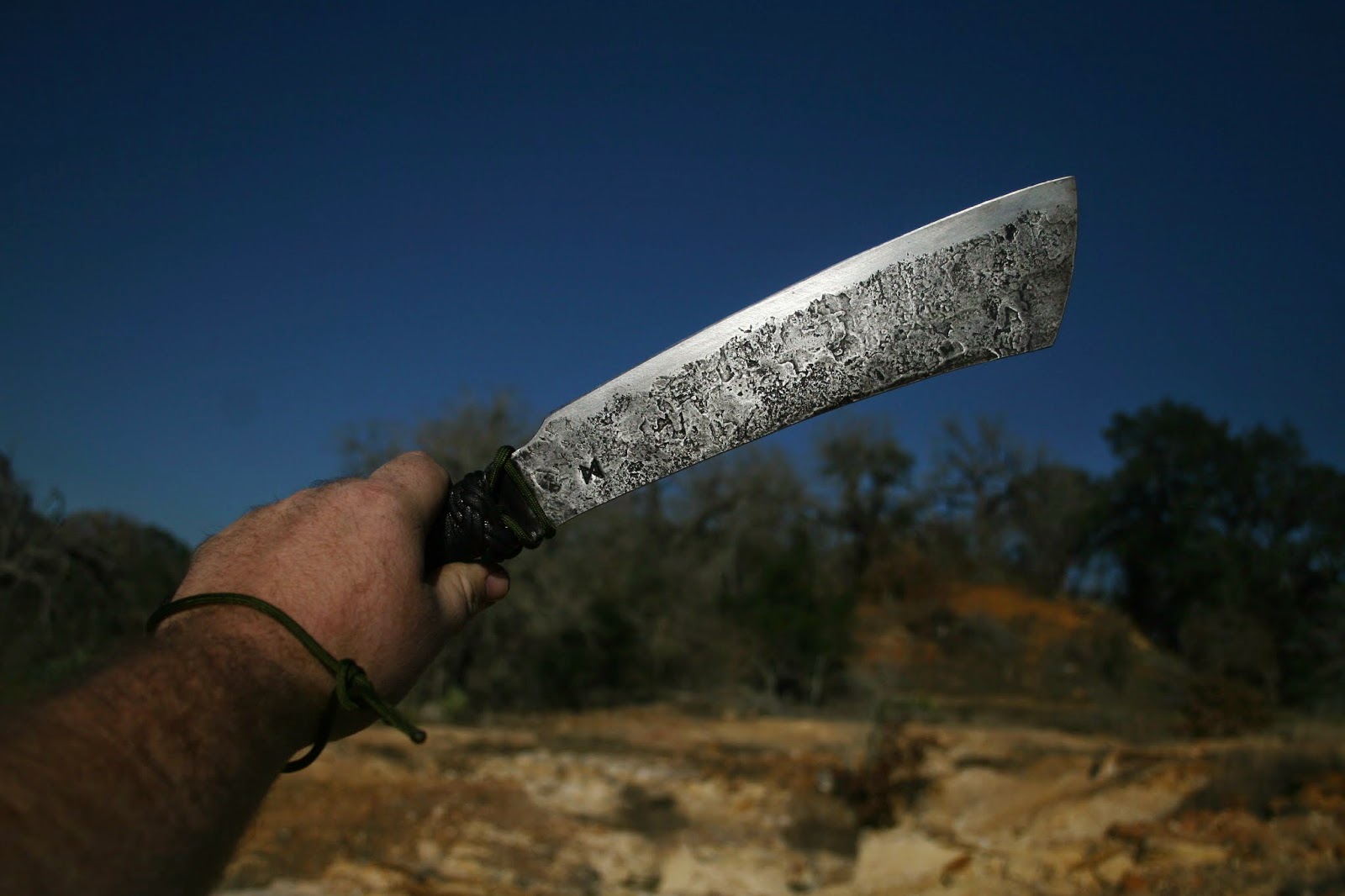 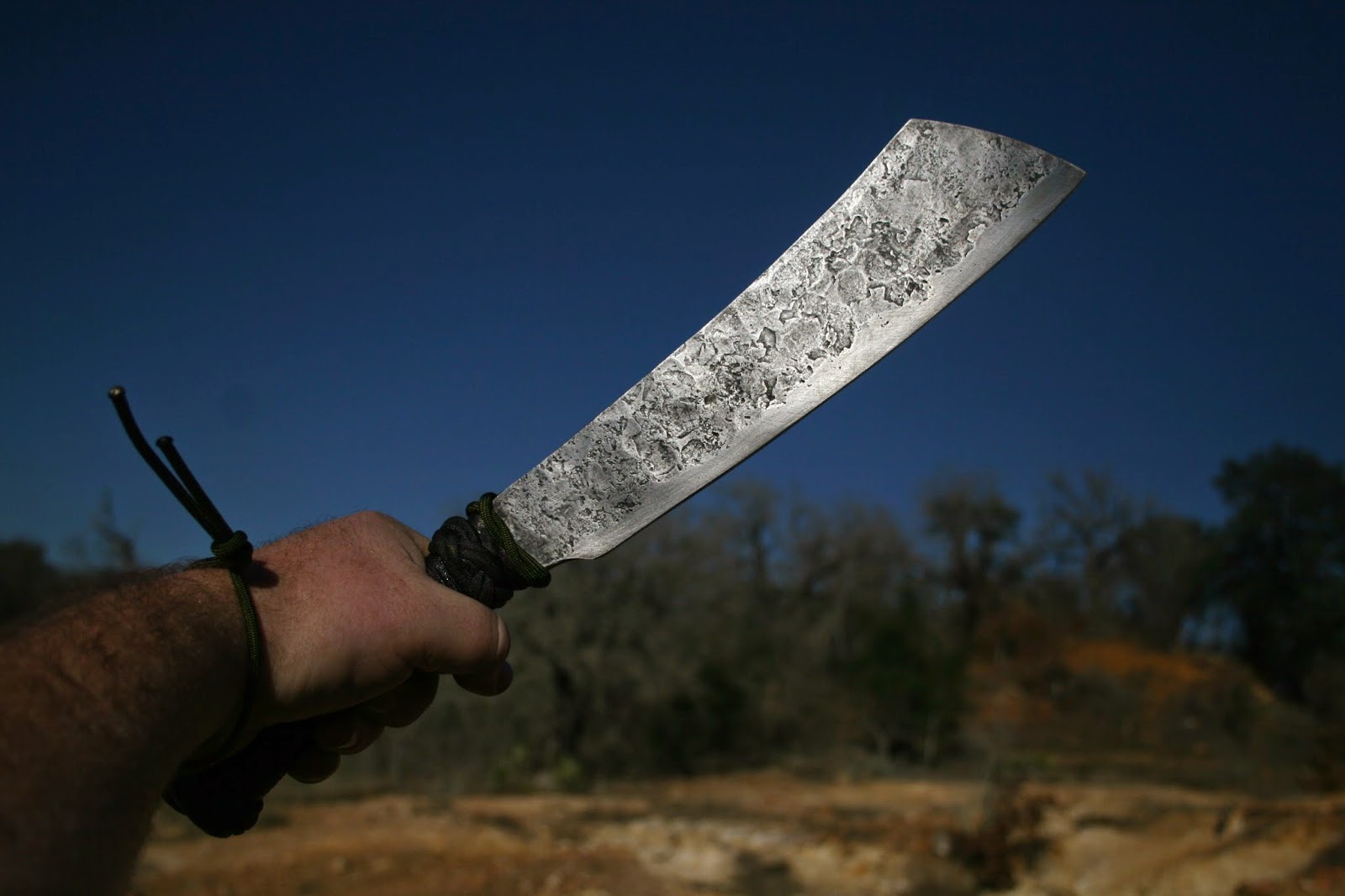 And on the hip.  I forgot he had told me he was going to wear it on his left side (pistol on his right), so I set it up for right side carry like I usually do.  But after he reminded me, it took a minute with a Phillips screwdriver to swap it over.  I love the modular, ambidextrous nature of Kydex!  :D 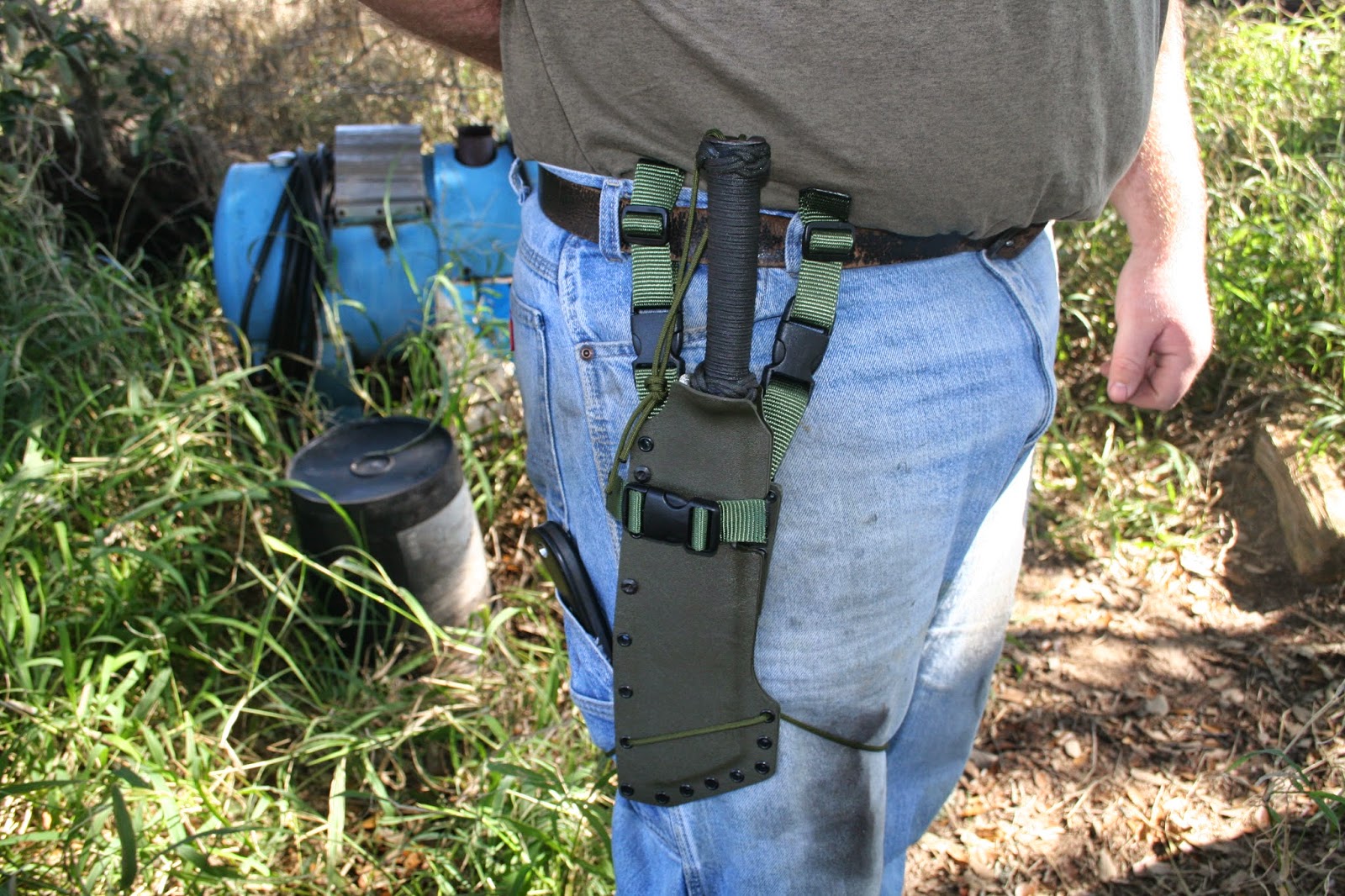 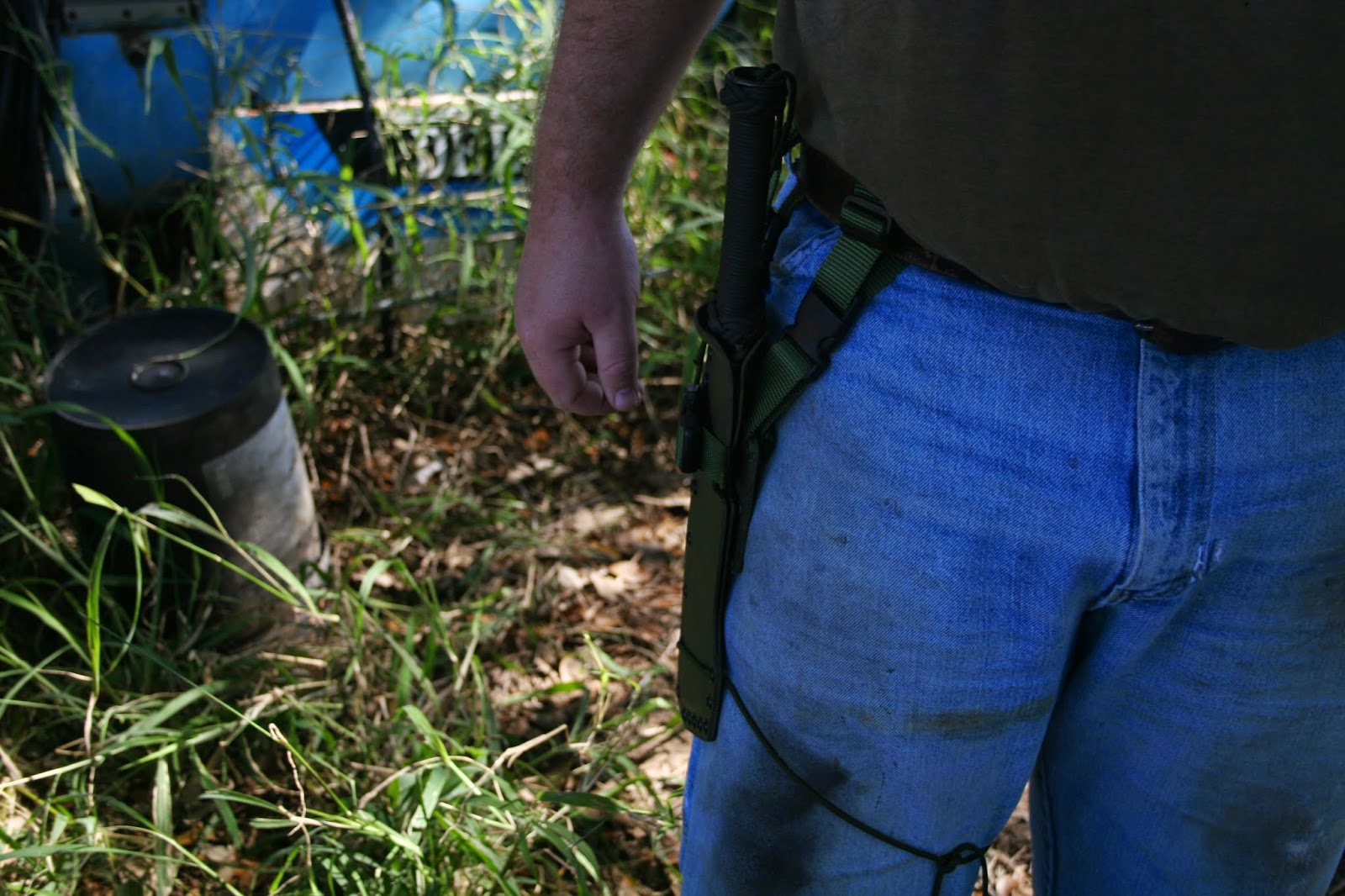 Some video discussing the rationale behind it, with cutting video.  The leg hair shaving scene is something to behold; I never wear shorts!   :0

And if you watch the video all the way through, you'll see this little guy that went to another customer briefly attached to the sheath of the parang to demonstrate the modularity of the Kydex sheath.  It's 5160 with olive drab over tan paracord for the handle, with a blade around 4 3/4" long. 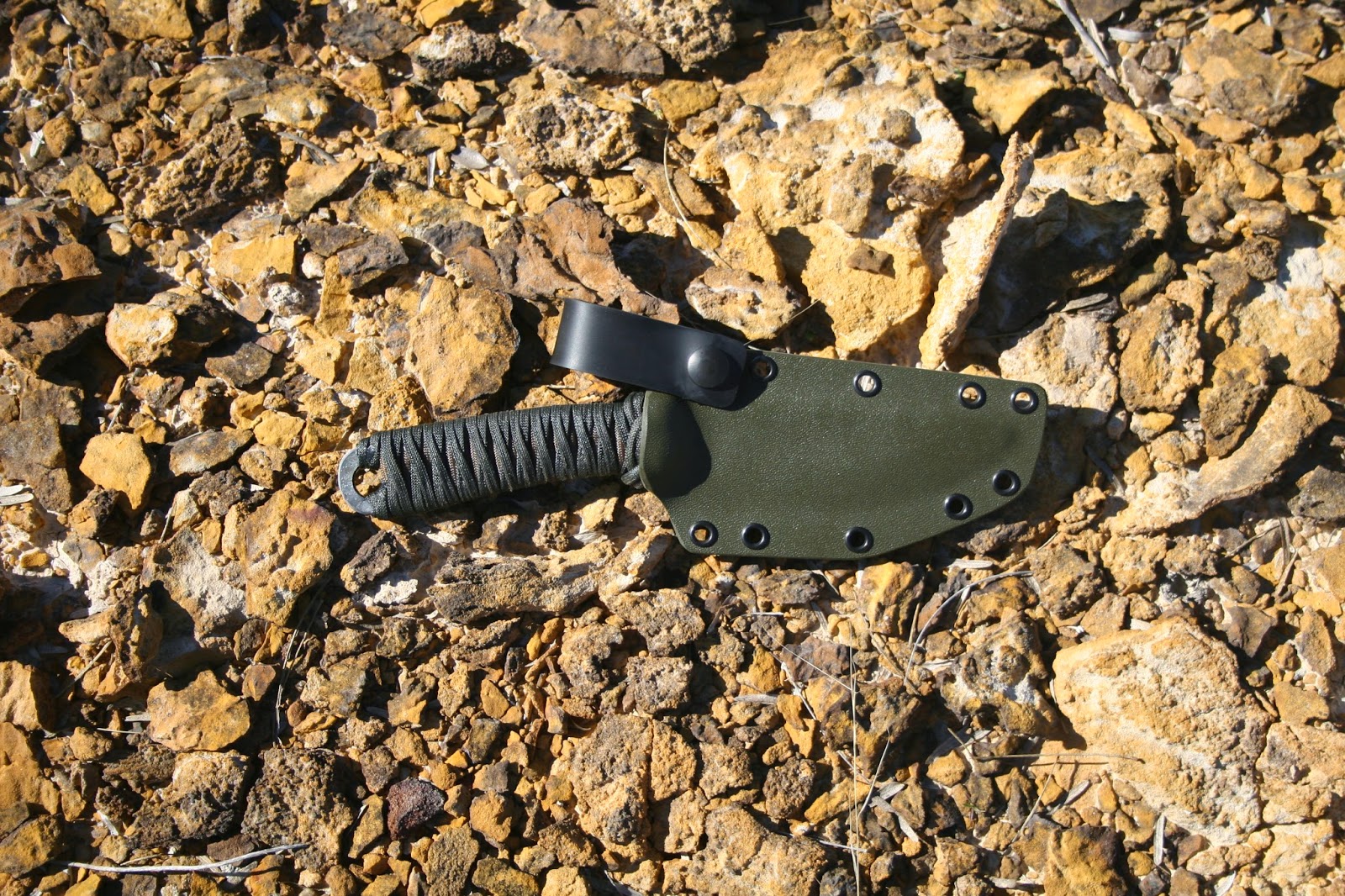 Posted by Helm Enterprises, Forging Division at 10:06 PM No comments: