Check out my Available Work.  The green-handled cleaver and orange-handled wakizashi that I recently posted are up for sale.

Thanks!
Posted by Helm Enterprises, Forging Division at 10:51 PM No comments:

On the trek between San Antonio and Las Vegas, I stopped at a rest area in central Arizona to get some photos of the forged blades I took to the Gathering. And now I'm finally posting the pics.  :)

This cleaver was a commission to be picked up at the show, but it came back with me to get some Kydex pants. Blade is approximately 14 1/2" long, forged from 80CrV2, integral socket handle, retina-searing neon lime paracord wrap. 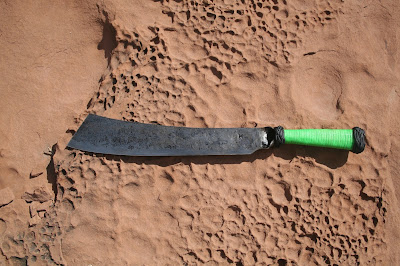 Next up a couple of long-handled cleavers in 5160 and more retina-searing citrus paracord. Both the blades and handles are around 10" long. 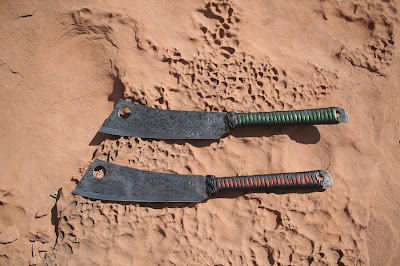 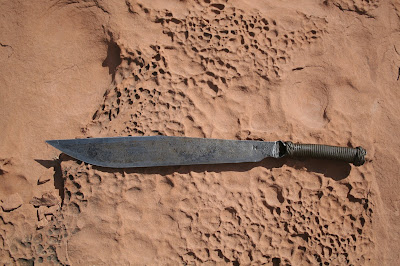 And a shot of it in hand. 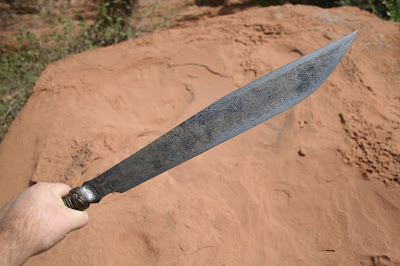 And finally, a couple that I felt was an interesting project, a long-handled wakizashi/short-bladed katana and tanto daisho, forged from 5160 with retina-searing neon orange paracord underlays. The waki's blade is about 18" and the handle is about 12", while the tanto's blade is about 9". 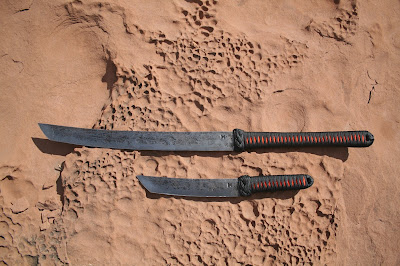 The wakizashi straightened a fair amount in the quench, something I expected and compensated for with extra curvature beforehand. I documented it this time. At the point where the blade reaches the edge of the anvil face, it has dropped about 1/4". 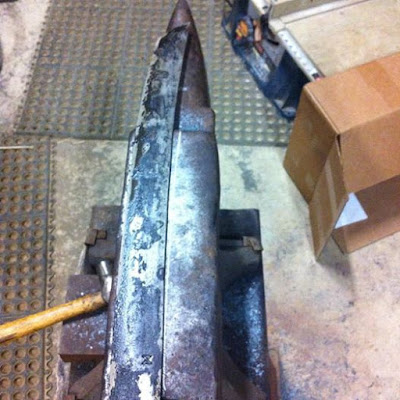 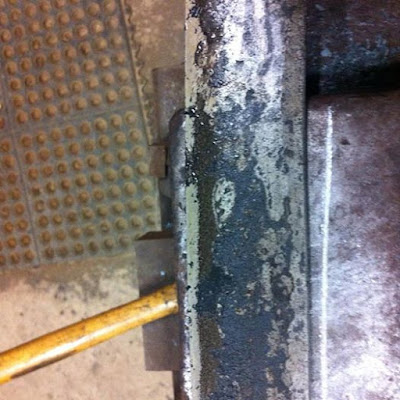 And I had a stack of 15" Woodsman and Wrecker tomahawks.  I so appreciate my wife's help at the show! 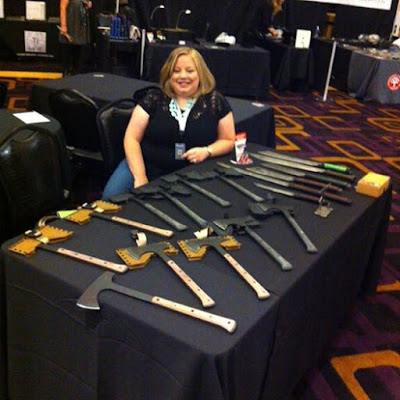 Posted by Helm Enterprises, Forging Division at 3:45 PM No comments: