I was contacted by a flight engineer on an AC-130 gunship about a knife to carry with him. He's about to go do his SERE training and wanted a good knife to take, as well as just general usage. He gave me some general parameters of what he was looking for and a blade size, 7". I sent him a quick sketch: 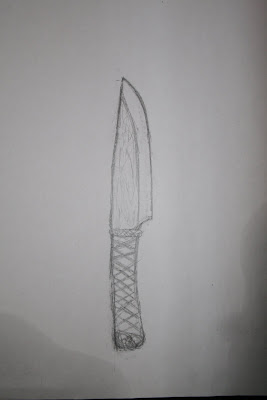 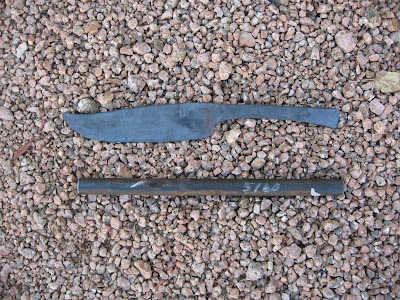 I cleaned up the profile and it looked much more like the sketch, even though I didn't have to take off much steel. After cleanup grinding: 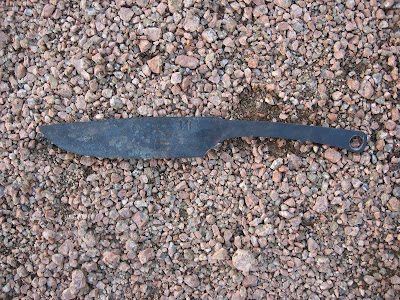 I soaked it in vinegar to eat the scale off the blade, filed the bevels, a triple hardened it in veggie oil: 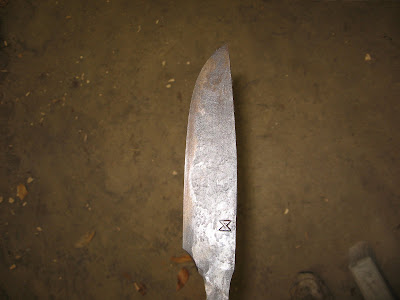 After tempering three times and cleanup, I used a new style of cord wrap I've been working on. It uses an underlay and an overlay of contrasting parachute cord, the underlay intact to build up the size of the handle appropriately and the overlay stipped of its core cords to lay flatter. The inspiration for this style of wrap came from a Mongol saber I saw recently in a museum exhibit on Ghengis Khan. I looked at it closely and fixed in my mind how it looked, then played around with paracrod until I figured it out. Fairly simple, really. After each layer is wrapped, it is sealed in cyanoacrylate (superglue), which wicks down into the fibers and hardens, forming a solid composite material in place.

In this case, the underlay is olive drab and the overlay is desert tan. After that, a Kydex sheath with a pair of MOLLE clips, sharpening, and it's in the mail on its way to him. 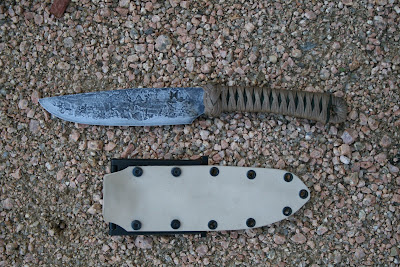 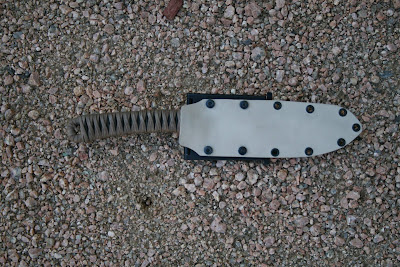 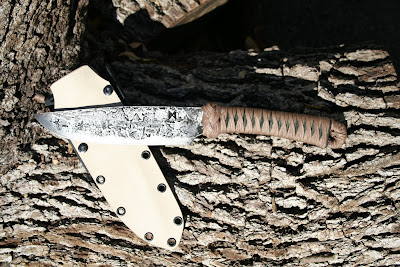 The spine on this is 1/4" thick, yet because it's forged into one long bevel (essentially a full flat grind, though it's forged and not ground), it still has a bevel angle that cuts well.

I'm looking forward to hearing how this knife does with the SERE training. Several more in this basic style are in the works for some Marines. :)
Posted by Helm Enterprises, Forging Division at 3:36 PM No comments:

Noah has worked his magic with horse hide, and another Wasteland Crow Project has been delivered to a satisfied customer. They are destined to be put to work to slay some brush, which satisfies me.

A heavy-duty snap on the belt loop of the symbiote blade's sheath allows it to be securely fastened onto the main scabbard or detached and worn seperately on the owner's belt. In addition, the main scabbard can be worn on a belt or on a shoulder baldric. Carry options are nice! 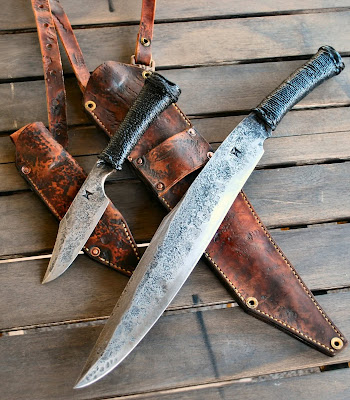 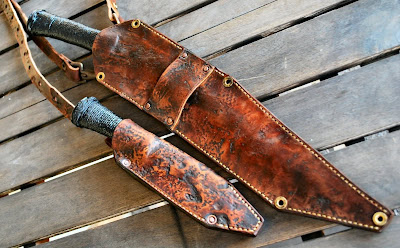 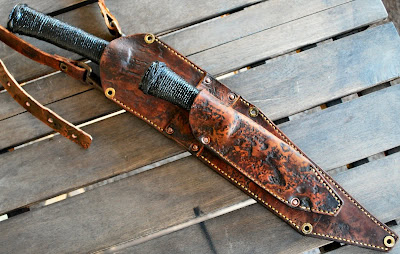 I thought it was cool how this in-progress shot of the back of the main scabbard looked like a face on a totem or a Viking artifact. 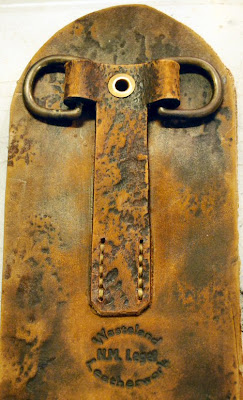