Been busy banging out bodadacious blades.  Here are some recents.  80CrV2 steel, cord wraps, and Boltaron sheaths all around. 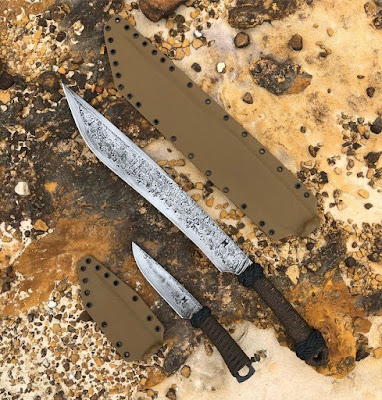 A similarly-sized (6"~ blade) knife as the above utility, with hemp. 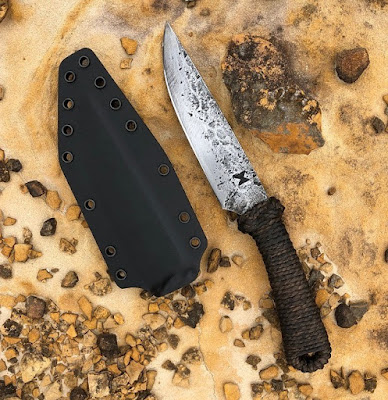 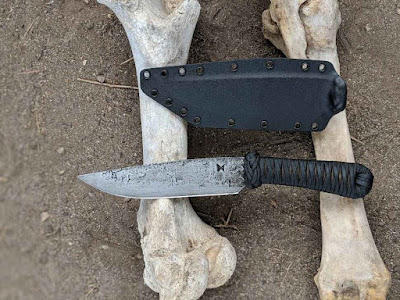 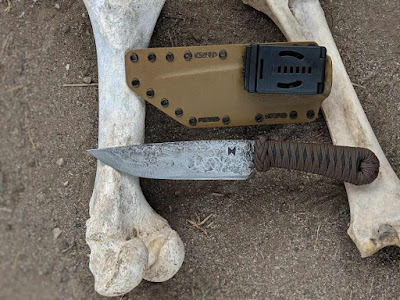 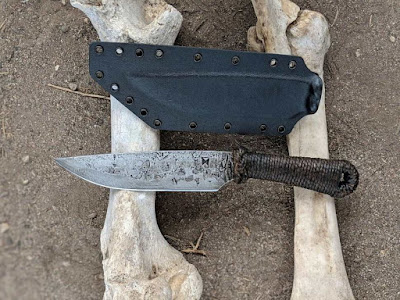 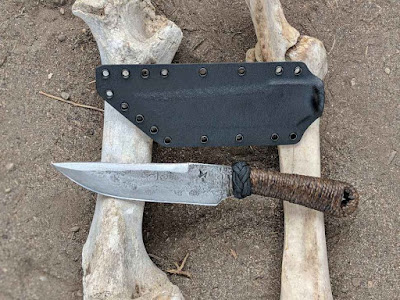 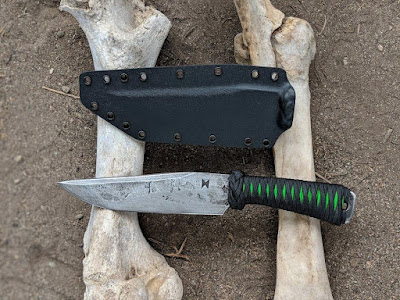 A Benghazi Warfighter with black oxide finish, headed to an Army Ranger.  He had commissioned a bigger chopper/fighter from me a few years ago, a variation of my Aggression design (I need to make some more of those).  We decided this was a "micro-Aggression" and the sheath is a "safe space" from it.  :D  He can't tell me yet where he's deploying, but this is going with him. 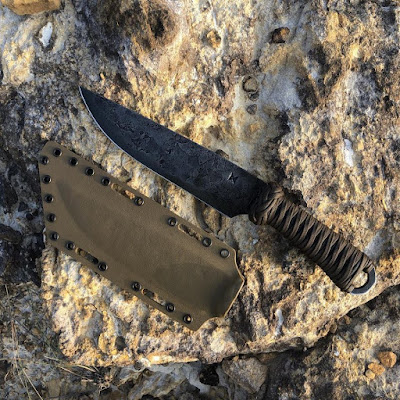 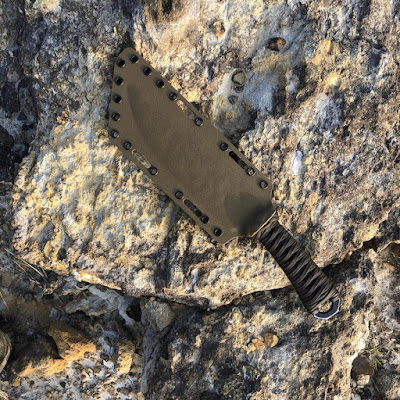 A couple of donation blades, the first for Knife Rights in their continued fight to remove restrictions on the ability of law-abiding citizens to carry arms in the United States.  This year, a falcata-ish bush sword with retina-searing neon orange underlay. 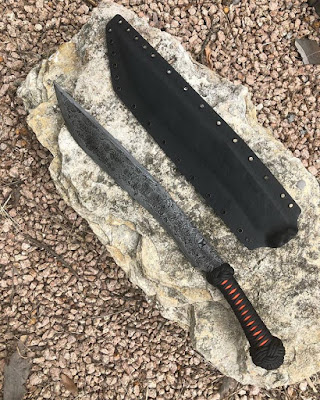 I don't realize how big my hands look until I take a picture of me holding a blade. 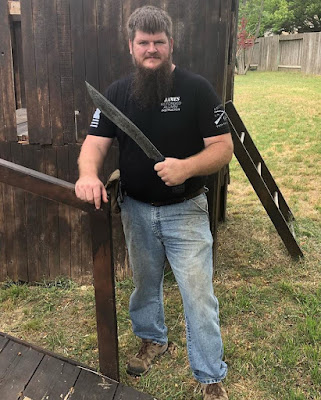 And a much smaller donation knife for my old high school, raising funds for teacher projects that run outside the school budget. 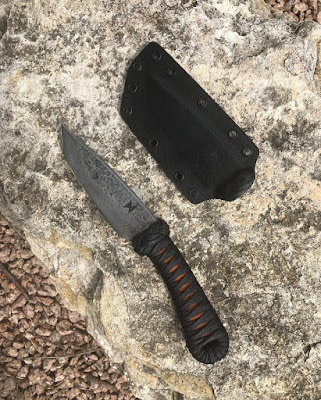 One of the most useful comments I've had on my work came years ago when a knife dealer told me my blades were good but my sheaths sucked.  I have worked to make that better, and think I have achieved a decent level of workmanlike sheaths. 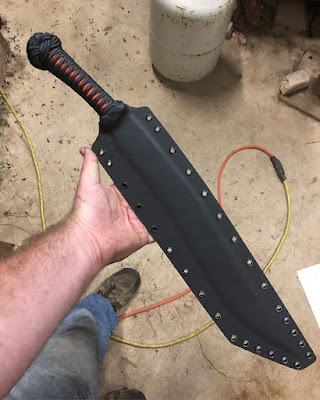 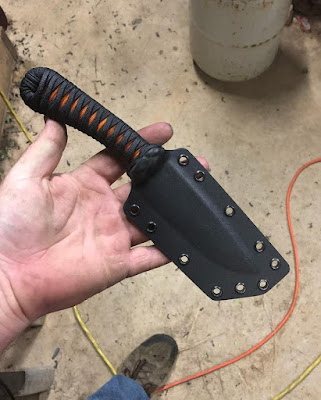 And finally, the first oxtail dao I've done in a long time.  The customer had as reference a picture of one I built many years ago. 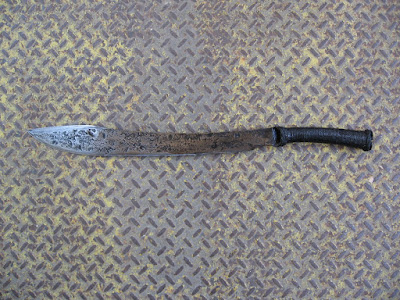 Here's what I came up with for him.  He was quite taken with the results. 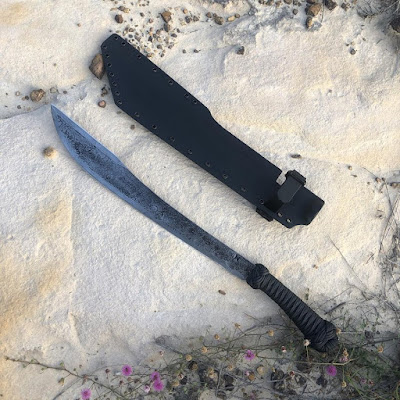 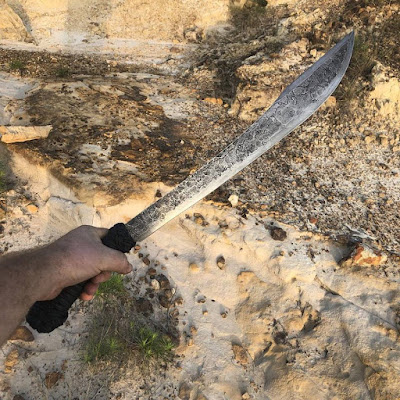 The top edge is fully sharpened.  The design called for an open-backed sheath.﻿ 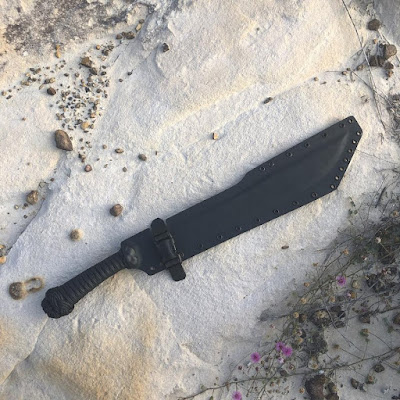 Ok, headed to the shop to work on some carcass splitters.  :)
Posted by Helm Enterprises, Forging Division at 5:12 PM No comments: