Got some feedback with pictures recently from a customer freshly out of the Marines.  He had gotten this as a graduation present earlier in the year for his younger brother who is planning on attending West Point next year: 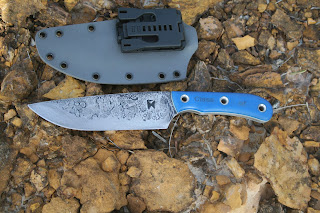 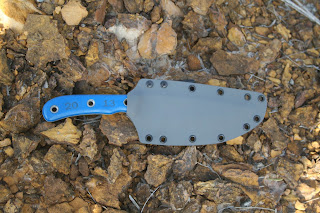 Well, he also wanted one for himself, about a half inch longer with a double edge.  This is what I built for him: 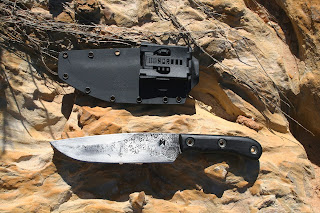 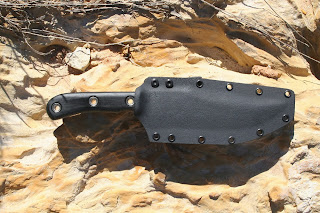 And these are some of the pics from his camera that he sent me afterwards: 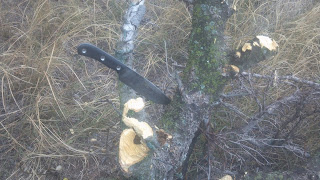 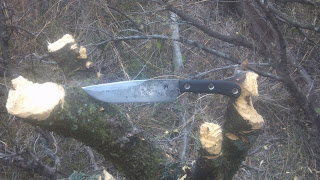 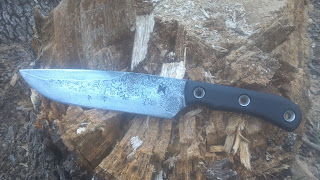 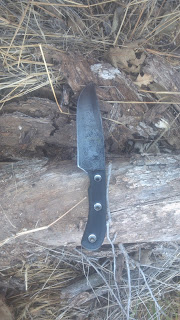 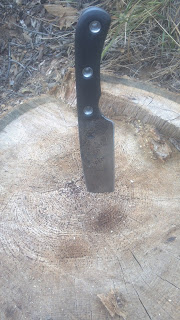 His comments:   "Only took me a couple of minutes to get through all three of the limbs in the two pictures, and still shaved hair off of my arm with both edges. After going through some branches about thigh size along with a lot of other smaller branches, I did a quick touch up with a wet stone. Took no more that 45 seconds before it was shaving sharp again. You did an amazing job thank you."

It's not often that I get a chance to own the work of another custom knife maker, but I got the opportunity recently.  When I posted my last cleaver, Ben Tendick said he'd like to get one at some point.  I had actually forged another cleaver at the same time as the one I posted that I had forgotten to stamp my touchmark on, something that almost never happens.  I offered a trade for one of his knives, and he agreed.

The cleaver is 5160 and paracord, and the belt knife is L6 and curly maple. 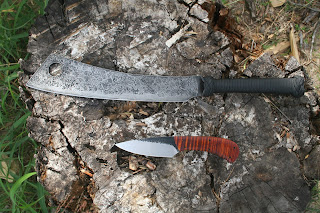 I think we're both happy with the trade.  :)
Posted by Helm Enterprises, Forging Division at 9:07 PM 1 comment: