While I've been working on a variety of blade sizes and types, what I've actually finished up lately have been on the small side for me.  All are 80CrV2 steel with marine epoxy-impregnated paracord wraps.

This first is the smallest of the bunch at about a 5" long blade.  A fellow contacted me about making a knife for a friend of his who is going on a big hiking adventure in New Zealand.  He liked the looks of a smaller knife I had done several years back that appeared in an article by Joe Flowers in the final issue of "Tactical Knives" magazine, which featured retina-searing neon lemon cord for the underlay.  I happened to have some of the cord still on hand, and built an updated version of the one from several years back. 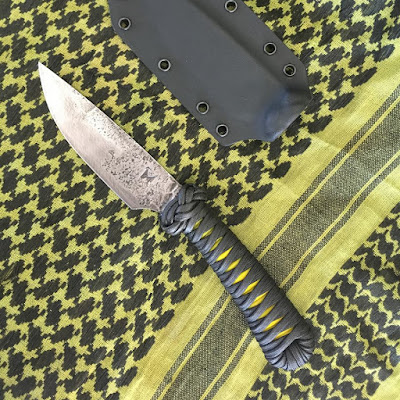 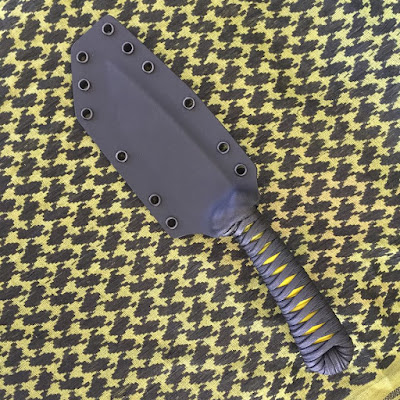 I was able to get finished up and in the mail in time to get there the day before the friend was to leave, thankfully!

The rest of the bunch were forged to demonstrate for various shop visitors at different times, then claimed on Instagram.  They are all a bit longer than 7" blades, two long drop points and two tantos.  A couple of them went to repeat customers, which is nice, and the others to new customers, which is also nice.  :) 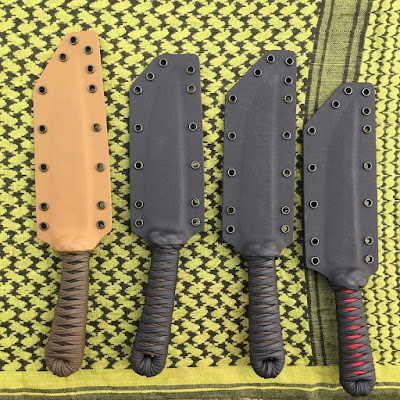 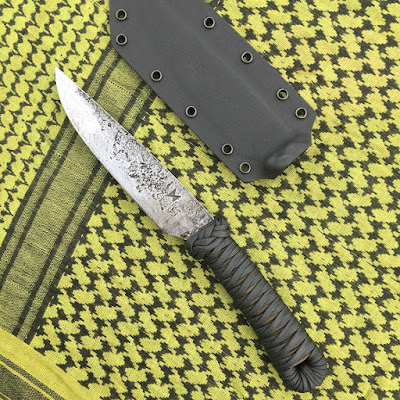 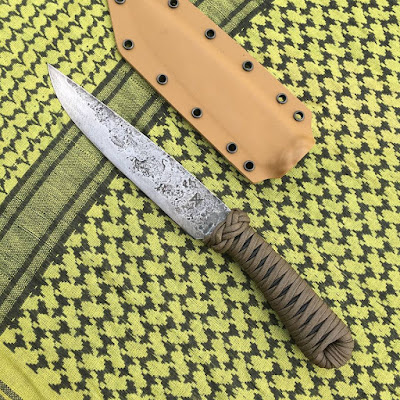 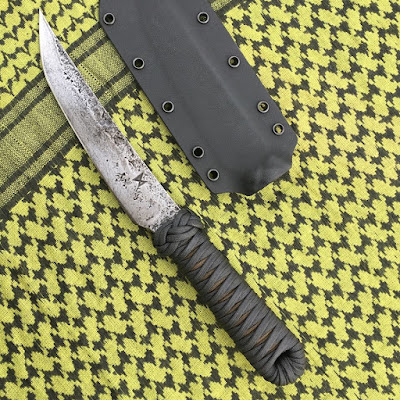 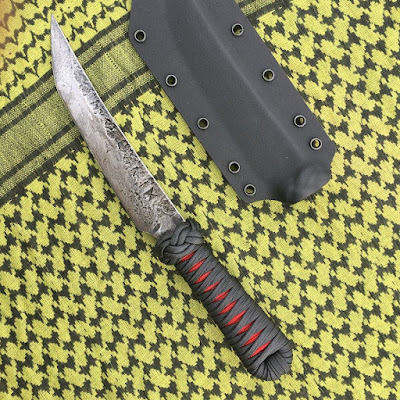 And now I'm working on finishing up bush swords.  :D 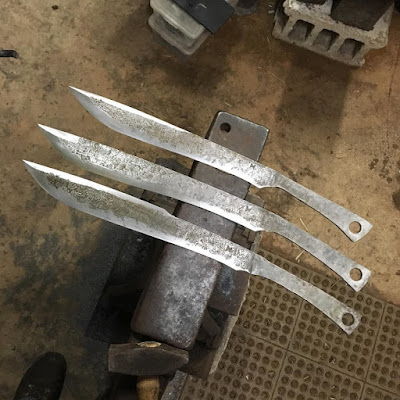