I'm sure some of y'all have seen the new open cutting competition show on the History Channel, "Knife or Death".  While I haven't gotten to compete on it (Several "Forged in Fire" competitors, including Rashelle Hams from my episode, have been on.  She did quite well.), I did get to be involved in an interesting way.

I was contacted by Tu Lam, retired Green Beret and one of the three hosts of the show, when he saw some of my carcass splitters on Instagram.  He asked to meet me at Blade Show to discuss a project. 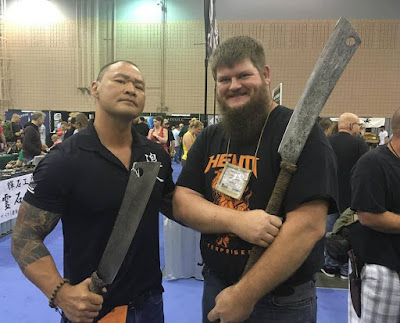 All three hosts of the show were getting blades for themselves to do some cutting for demonstration and promotional material for Season 2.  Travis Wuertz built his own piece of awesomeness.  Bill Goldberg, the wrestler. had a big cleaver built by Wayne Meligan, who had competed on Season 1.  Tu was interested in having me build him a blade for him.

In particular The Mutant double-edged carcass splitter that was my reaction to seeing the first episode of the show caught his attention. 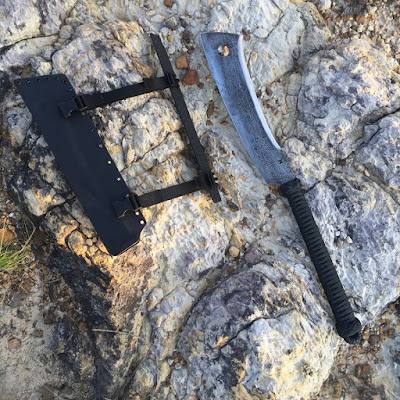 We discussed what he was looking for, his thoughts, my thoughts, made some sketches, and continued the discussion after I got back home.  What I ended up building was a kind of pan-Asian dao that Tu named the Ronin War Sword.  There are influences from Chinese pudao, Korean hyeopdo, Vietnamese yem nguyet dao, and Nepalese ram dao. 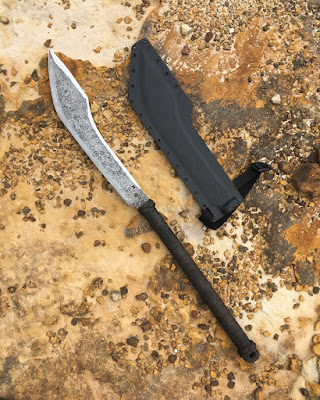 The steel is, of course, 80CrV2, with a 16" blade and 18" handle.  The weight ended up just over 3 pounds, with the point of balance right behind the front Turk's head knot.  The handle wrap is toasted hemp cord over a neoprene foundation, impregnated with West System marine epoxy.

The main edge is a tall flat bevel with secondary bevel, while the spine side and clip are zero-ground convex edges.  Stout, and hair-shaving. 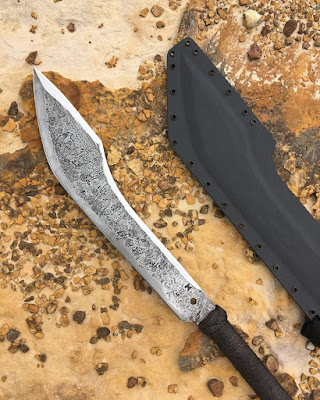 In addition to a forward lanyard hole, I laser-engraved Tu's dragon logo on the blade. 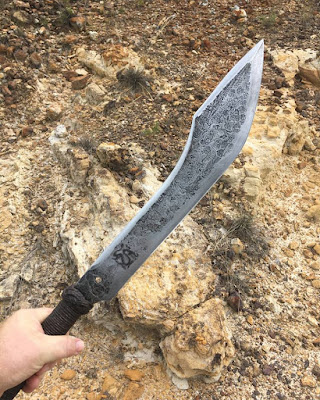 I built an open-backed Boltaron sheath for it. 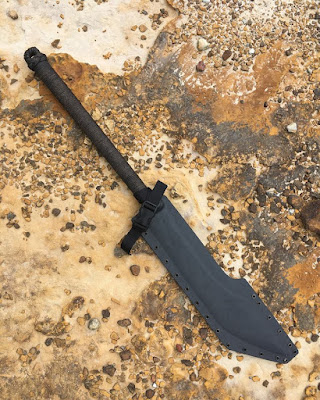 A look at the War Sword in my hands... 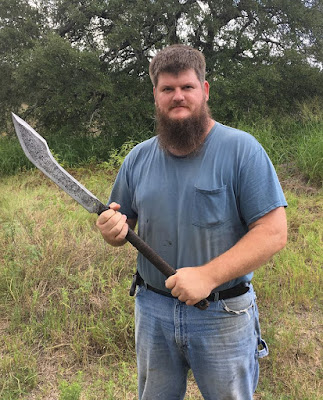 ...and a far more dramatic shot of it in Tu's grip.  It looks better with him! 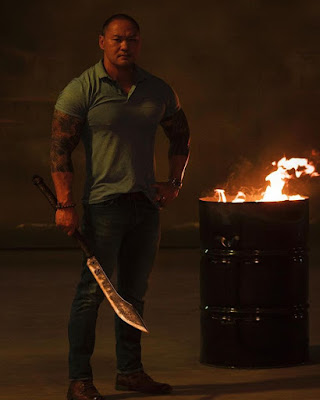 I know that there has been at least some cutting done with it in association with the show.  Tu made a nice, clean cut on a big fish using the convex side. 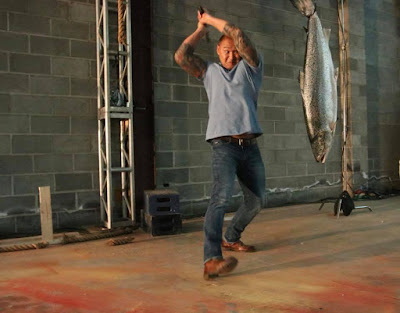 The Ronin War Sword and the other hosts' blades have been all over social media in promotional material, but Travis' sword is the only one that I've seen (in very quick shots) actually on TV.

I was pleasantly surprised when I picked up the latest issue of Knives Illustrated to see that in their interview with Bill Goldberg and Tu Lam, that Tu discussed the Ronin War Sword and they included a picture of him with it.  That makes two months in a row that my work has ended up in Knives Illustrated.  :D 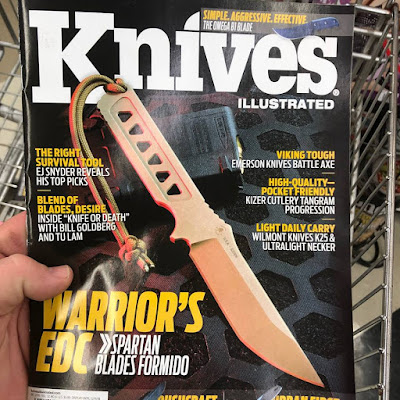 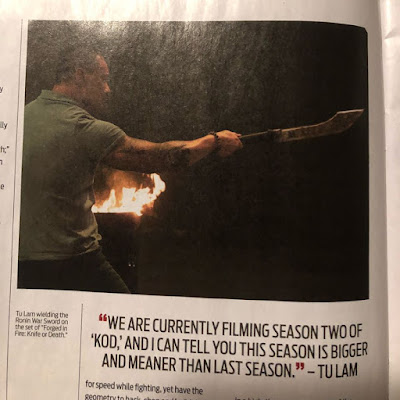 In spite of living a nearly hermit-like existence, I sure get to meet some interesting people and do some interesting things.  :D
Posted by Helm Enterprises, Forging Division at 2:43 PM 1 comment: